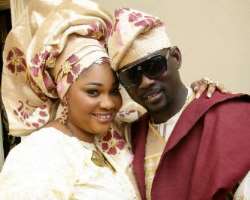 Wasiu Alabi Odetola who we know as Pasuma has taken his acting roles to another level with another movie that he has featured, this time it was a movie that was produced by Nollywood actress Jaiye Kuti titled 'Jaiyeola Ni Mo N Je'.

The Fuji star had perfectly played the role of a lover who ended up getting married to jaiye Kuti, the movie was shot in Ikorodu area of Lagos and it cost N1.2m.

“I Had Always Wanted to Propose to Lola”- Peter Okoye