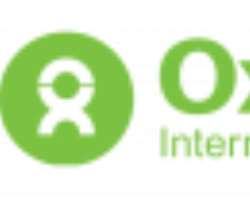 JUBA, South Sudan, February 24, 2014/African Press Organization (APO)/ -- Today Oxfam withdraws four aid workers who have been trapped by fighting in Malakal while raising a further alarm over a lack of humanitarian access across the country.

Oxfam and other aid agency staff who were working inside the UN compound in the town had until today been unable to leave since fighting began between opposition and South Sudanese government forces on the morning of Tuesday 18 February. Malakal, a town in South Sudan's oil producing Upper Nile state, has been completely destroyed and the UN is reporting many civilian deaths.

“The first few days we were all afraid of what was happening in the town because of the sound of regular shelling. As the days went by, we heard terrible reports from the people arriving at the UN for their protection – stories of women and girls who were threatened with abduction by armed men and were then shot as soon as they ran.”

When the violence in the town began, Oxfam had to severely scale back its work at the UN base as regular shelling in the town and violence both inside and outside the base made the movement of staff and supplies very difficult.

Oxfam plans to resume its activities in the UN base, where around 21,000 people are now living, as soon Wednesday this week. The immediate needs identified by the aid agency are for clean drinking water, food and medical care.

“We will get back to work to help the many vulnerable people in Malakal as soon as possible but the utter breakdown in the cessation of hostilities, as exemplified by this round of violence, is creating a difficult situation for us and an even more desperate situation for the nearly one million displaced by violence in South Sudan. Every day a gun is fired is another blow to a nation on its knees, a political solution to this horrific crisis cannot come soon enough”.

Oxfam ran a long term development programme in the town of Malakal until violence in December caused the agency to suspend its work. Oxfam restarted work in the town on Friday 7 February promoting good hygiene practices among the displaced people sheltering inside the UN base.