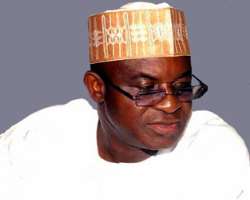 
The Senate President, David Mark, has directed the Senate Joint Committee conducting public hearing on the Petroleum Industry Bill (PIB) and the committee investigating the Malabu oil deal to speedily conclude their assignments and report back to the chamber.

While the PIB is aimed at salvaging the oil sector, Malabu oil deal involved alleged $1.092bn money laundering between Royal Dutch oil giant, Shell and Italy's oil major, ENI. Both companies are also being investigated by the British government.

Next month, the PIB probe would have been one year old. It has been with the joint committees on petroleum (upstream and downstream), gas and judiciary, human rights and legal matters, which was asked to conduct public hearing on the bill since March 7, 2013.

In the same vein, the Senate ordered investigation of the Malabu oil deal in July 2013. The probe is yet to be concluded by the Senate Committee on Finance.

The directives by the Senate President followed the complaints raised by Senators Adetunmbi Olubunmi (Ekiti North) and Babajide Omowurare (Osun East) that the non-conclusion of the two legislative activities had subjected the upper house of the National Assembly to serious public ridicule.

Also yesterday, the Senate resolved to debate a motion bordering on the controversy surrounding kerosene subsidy. The decision followed a point of order raised by Senator Babajide Omoworare (Osun East).

According to Omoworare, the alleged illegal kerosene subsidy spent by the Nigerian National Petroleum Corporation, NNPC, was a very serious issue, which the Senate could not afford to overlook. He described the situation as worrisome.

While upholding his point of order, Omoworare was asked by the Senate President to initiate a motion to that effect.

Rising on the point of order (order 14 of the Senate Order rules), Adetunmbi observed that: 'I was at a public event a week ago. I was the only senator in the midst of many professionals, including other professionals from the international community.

'I came under severe attacks of intense questioning about some unfinished businesses in the chamber that they believe are affecting the economy.

'In particular, I was put on a spot to explain to the gentlemen why the PIB is not attended to in the Senate and how the non-passage of that bill is responsible for many of the terrible things that are happening in this very important sector.

'The issue of Malabu oil was also raised at that gathering. Upon coming back, I had to check my proceedings and l found that the PIB after debate was committed to the appropriate committee in this chamber on March 7, 2013.

'It will be exactly one year next month. Up till now, there seems to be nothing going on. The Malabu oil was committed to a committee in this Senate in July.'

He added: 'It will interest this Senate that an international extractive advocacy group in Europe did a letter dated July 5, 2013 to Italian and Netherlands governments requesting for public investigation of the roles of companies from their countries and to the European Union, EU.

'As l speak, the Italian and Netherlands governments and the EU parliaments are about concluding public investigations that would be made public very soon.

'I feel as a senator, we should know what is going on so that the reputation of this parliament as an institution is not called to question.

'I feel a situation where the report of EU parliament on issues that affects out economy is made public and our own apex parliament is not seemed to be doing what it should do one year after, it will affect all of us collectively.

'That is why as a senator l need to receive explanation from this Senate, so that if l find myself in the public, l should be able to speak intelligently, that l will not be embarrassed,' Adetumbi said.

Mark, while upholding Adetumbi's point of order, asked the committee to hasten action on their assignments and report back without further delay. - National Mirror