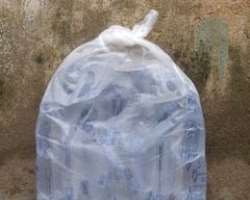 
The plan by the Federal Government to ban sachet and bottled water has  been generating reactions from major stakeholders. Former Minister of Environment, Mrs Hadza Mailafia, had said that arising from the growing health and environment hazards associated with plastic bags and sachet water,  the Federal Government was planning to ban the use of nylon and plastics in the production of water. The Ministry of Environment, in collaboration with some experts, according to Mrs Mailafia, was conducting researches aimed at finding alternatives to sachet water.

An Executive Director with the Abia State Primary Healthcare Development, Dr Chukwuemeka Oluoha, averred that the proposed ban would, in the long run, be in the interest of public wealth. The medical practitioner explained that plastic materials used in packaging sachet water were not good for products meant for human consumption, noting that such plastic materials, when exposed to high temperatures, dissolve gradually. When this happens, substances causing cancer, which in medical parlance are called oxidants, are released into the water. This is in addition to the fact that water sachets are disposed of indiscriminately after use. One Miss Uche Okekearu, a pharamologist, while acknowledging the fact that jobs are created with the production of sachet water, contended that public health should not be compromised.

Sachet water was not in vogue in Nigeria until the 90s. It came into the limelight then as a result of the failure of the government to provide pipe-borne water. As the population grew in leaps and bounds, government at all levels could not provide commensurate public utilities, among them water. Thus, smart enterpreneurs cashed in on the situation and went into full-scale manufacturing of sachet water. It has now become a big industry and a major employer of labour. Thousands of homes across the country depend on the industry for their livelihood. Therefore, banning sachet water will cause economic and financial dislocations for a significant portion of the populace.

One of the characteristics of modern urban centres the world over is the availability of pipe-borne water. But this is sadly not the case in present-day Nigeria. Indeed, at Independence in 1960 and even until the 80s, pipe-borne water was  one of the commodities taken for granted in major cities of the country . It was indeed a signifer of urbanisation. Then, there was simply no reason to think of sachet water. However, where there are taps at all now, the majority of them are dry because of the criminal neglect of public utilities by succeeding administrations across the country.

The sachet water industry has been a major player in the Nigerian economy for almost three decades now. This simply means that millions of Nigerians have been consuming water which is not health-friendly for that long. Yet there are ministries of health at the national and state levels.

In addition to the health ministries, there is the National Agency for Food, Drug Administration and Control (NAFDAC).  This agency has been in existence for almost 20 years. It plays a major role in the sachet water industry as it is the sole authority that grants licenses for its production.

NAFDAC registration numbers are conspicous on the packs of sachet water all over the country. Yet, the sachets contain substances that cause cancer and thus  harm consumers.

While we are not opposed to the plan by the Federal Government to ban sachet water because of its health hazards, we hasten to call  the  attention of  the government  to the economic implications for the country. The sad reality is that the sachet water industry employs thousands of Nigerians as distributors and retail traders of the commodity. The government should come out, before the ban with measures that will address the consequences of the ban, which we believe are potentially grave for millions of Nigerians. Already, the unemployment situation in the country has become a time bomb waiting for explosion. The government cannot feign ignorance of this.