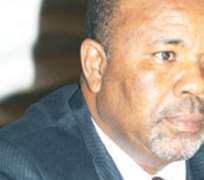 
The Federal Inland Revenue Service (FIRS) has developed a new tax regime for multinationals and enterprises operating in the country.

Speaking in Lagos at the opening of a stakeholders' engagement on 'Filing of Transfer Pricing (TP) Returns,” the acting Executive Chairman, FIRS, Alhaji Kabir Mashi, said the regime would also help fight tax evasion that are embedded in under-pricing of controlled transactions between associated enterprises and also boost revenue generation.

According to him, transfer pricing would reduce issues associated with double taxation, provide taxable persons with certainty and a level playing field between multinational enterprises and independent enterprises doing business in the country.

He said: 'These are laudable objectives but it would not by itself translate to a success story unless the regime is properly implemented. It is only and only if we all play by the rule that the regime of transfer pricing in Nigeria could reposition our beloved country to a path of sustainable economic growth and rapid development.

“At the FIRS, our yearning is to implement the transfer pricing regime transparently, efficiently and effectively in order to promote voluntary compliance as enshrined in our mission statement. I therefore solicit your cooperation to make the implementation of the TP regime a success through your voluntary compliance with the provisions of the TP regulations and other extant tax laws.”

Represented at the occasion by the Coordinating Director, Direct Report Group (DRG), Queensley Seghosime, Mashi further noted that the programme was meant to expose the various guidelines, forms and documents that would be used to file the TP returns in line with the its regulations as well as the relevant tax laws.

He said, in a statement by Director, Communications and Liaison Department, Emmanuel Obeta, that Nigeria adopted the regulations and commenced implementation on transfer pricing in order to address the problem associated with shifting profit among enterprises.

Transfer pricing generally involves setting appropriate prices for goods, services, assets, intellectual properties, loans, guarantees supplied or transferred by one enterprise to another, both of them being members of the same group or otherwise connected.