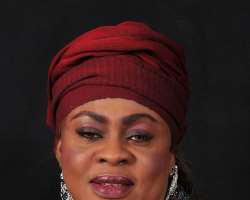 As politicians continue to perfect strategies towards realizing their 2015 political ambitions, four ministers have resigned from President Goodluck Jonathan's cabinet.

It is believed that three of the ministers- Olubolade, Orubebe and Ngama, are governorship aspirants in their respective states of Delta, Ekiti and Yobe.

However, it is not clear why the controversial Minister of Aviation, Stella Oduah, also resigned.

Oduah, was recently indicted by the House of Representatives Committee that investigated the purchase of the controversial two armoured BMW cars in the sum of N255 million that is believed to have been grossly inflated.

A source in the Presidency informed Prompt News that the President may have asked Oduah to resign alongside the three ministers so that she could again, play a key role as he prepares to declare for re-election in 2015.