Defending the Indefensible In the NPF 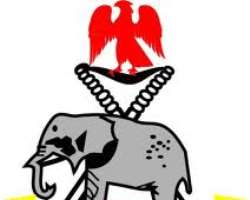 Grave Lopsidedness In Promotions & Postings In The NPF: Defending The Indefensible

(Public Statement, Onitsha Nigeria, 11th of February, 2014)-The attention of the leadership of International Society for Civil Liberties & the Rule of Law-Intersociety has been drawn to a statement credited to the Public Relations Officer of the Nigeria Police Force (FPRO), Barrister Emeka Frank Mba, a Chief Superintendent of Police (CSP) over our recent three-volume letter to the President & Commander-in-Chief of the Armed Forces of the Federal Republic of Nigeria, Dr. Goodluck Ebele Jonathan. The three-volume letter was also jointly addressed to the Senate President, the Speaker of House of Reps, and the Executive Chairman of the Federal Character Commission and copied to the Inspector General of Police, the Chairman of the Police Service Commission and the Chairman of the Southeast Governors' Forum & Governor of Anambra State.

In the letter under reference, dated 4th, 5th and 6th of February 2014 and referenced: Intersociety/SE/NG/02/014/FGN/ABJ/FRN, we exposed with incontrovertible pieces of evidence the constitutionally incoherent policy of promotions and postings in the Nigeria Police Force that has made the NPF a sectional and ethno-religiously dominated Police Force. Possibly worried and alarmed by wide media reports of the public-interest letter under reference and shocking revelations contained therein, the FPRO spoke to Folake Sokoya of the Abuja based Sunday Newswatch Newspaper, which was published on 9th of February, 2014 (pages 1 & 2) as follows: “It is quite unfortunate that the IGP is being accused of ethnicity, because he has nothing to do with the promotion and the discipline of officers. The duty falls on the Police Service Commission; it is the Commission that has the authority to promote and discipline NPF officers. They are just wrongly accusing him because they don't know how the Constitution of the Police works”. He added that “the Police Service Commission is headed by a retired IG, and has the likes of a retired Supreme Court judge, media representative, civil society representative, and so many more interests from all over the country”.

CSP Emeka Frank Mba further said “promotions come with the availability of space, and happen in line with existing seniority, and that the Commission cannot promote more than the establishment can hold and even in the case of special promotions done by the IGP – which occurs only one in a long time – the officer promoted must have done something really outstanding. There can never be more than one IGP and eight DIGs at a time, and if some officers from a particular ethnic group in the country decided to retire or opt out of the service to do businesses like importing containers, thereby giving room for other ethnic group to get promoted when it's promotion time, then the IGP is not to be blamed at all. If a particular tribe joined the service years after (members of) another ethnic group were recruited, you don't expect the ones that joined late to be promoted before the ones that were the first to be recruited,”

Our Response: In as much as the NPF statement through its FPRO is an express vindication and authentication of our detailed investigation leading to the letter under reference, the statement amounts to insubordination and disobedience to the Commander-in-Chief of the Armed Forces of the Federal Republic of Nigeria, which includes the Nigeria Police Force. By convention, the NPF ought to allow Mr. President and Commander-in-Chief to fully investigate the issues complained therein and ought not to have commented publicly on the subject matter as a mark of respect, obedience and total loyalty to its C-in-C. Conventional blunders such as the foregoing can earn the IGP a sack under the C-in-C's right to hire and fire. Such blunders have become a routine in the NPF in recent times to the extent that when representations over officers' misconducts are made to the NPF high quarters for investigations and appropriate actions, officers or quarters complained against take it upon themselves to investigate themselves. Sometimes, letters sent to IGP directly or through AIGs or ones copied to such AIGs for their information, are assigned for investigation by such AIGs outside the knowledge and authorization of the office of the IGP.

Further, the NPF statement through its FPRO, CSP, Emeka Frank Mba, did not deny the lopsidedness in the NPF's top promotions and postings, but said in part “the IGP is not to be blamed or held responsible, but the Police Service Commission”. The statement on the other hand contradicted itself by admitting that “IGP does special promotions once in a long time”. The NPF's statement to the effect that “if some officers from a particular ethnic group in the country decided to retire or opt out of the service to do businesses like importing containers, thereby giving room for other ethnic group to get promoted when it's promotion time, then the IGP is not to be blamed at all. If a particular tribe joined the service years after (members of) another ethnic group were recruited, you don't expect the ones that joined late to be promoted before the ones that were the first to be recruited,” is totally derogatory, insulting, barbaric, ethically zealotry and impeachable.

Talking about the “Constitution of the NPF works”, CSP Emeka Frank Mba as a lawyer and possibly a member of the Nigerian Bar Association appears to be one of the tragedies afflicting the NBA in recent times. While we are at loss as per what he means by “the Constitution of the NPF works”, whether in terms of its Establishment Act or its composition, it is disastrous of him and his NPF not to be aware of the supremacy and jealousy of the Constitution of the Federal Republic of Nigeria 1999 as amended in 2011 over any other law or “constitution” or “composition” in matters of incoherence and inconsistency with her provisions. In the Chapter 1 of her General Provisions under Part 1, Section 1 (3) clearly and unambiguously states “if any other law (or composition) is inconsistent with the provisions of this Constitution, this Constitution shall prevail, and that other law shall to the extent of the inconsistency be void”.

On the issue of “seniority” and “outstanding performance” as existing criteria for promotions and postings in the NPF, the incontrovertible pieces of evidence available to us gravely contradict the NPF claims. Our in-depth findings, also, did not show any records of police officers of Igbo extraction “opting out” or “retiring from the Force” so as to “engage in businesses like importing containers”, contrary to CSP Emeka Frank Mba's statement on behalf of the NPF. Instead, our empiricist evidence showed that while Igbo police officers are recruited with their counterparts from other federating units under federal character principle, they are subjected to “promotion dormancy” and “tea-making” postings or duty assignments. Many stay in one rank for five years and far above and only get promoted into senior command positions like ACP, DC or CP at twilight of their exit.

Those of them in their minutest numbers, who get promoted as and when due, are usually referred to as “Emir or Kabiyesi Boys”. Some go to the extent of adding “Abdullahi” or “Adekunle” as their middle names jettisoning their “sedentary” mark and replacing it with “pastoralist” mark so as to earn quick promotions. One of such Igbo pastoralist police officers appears to be CSP Emeka Frank Mba, who is from Udenu in Enugu State, Southeast Nigeria. He was born on 9th of October 1972, got enlisted into the NPF on 18th June, 1992, promoted to CSP on 22nd December, 2012 and will retire on 18th June, 2027. He became the FPRO on 20th August, 2013. We clearly understand where he is coming from and those who prepared the script he is dishing out including derogatory remarks against his Igbo tribe. He is a seeming victim of “modern slavery” in the NPF, whereby for his likes to survive in the NPF including earning quick promotions, they must levy war against their people including throwing their weight behind every counter-productive policy pursued in the Force against officers of their own tribe; a sort of “Ifeajunas” of our time.

The truth is that “the seniority” and “outstanding performance” criteria being bandied about or claimed by the NPF are patently fallacious. Promotions and postings in the NPF are strictly based on ethno-religious sentiments and primordial style of policing. Mediocrity and policing imbecility are constantly promoted in place of sound academic and professional excellence. On “seniority issue”, for instance, DIG Suleiman Dauda Fakai(Kebbi State, Northwest) is junior to CP Hilary Opara (Imo State, Southeast). While DIG Fakai was born on 1st November, 1959, he was enlisted on 1st January 1984 and got promoted to DIG on 22nd February, 2012 and will retire on 1st January, 2019. CP Hilary Opara, on his part, was born on 31st July 1955 and enlisted into the NPF on 17th July 1980. He was promoted CP on 18th December 2006 and will retire on 17th July 2015. He has remained in CP's rank for over seven years. Deputy Commissioner of Police Chris Okey Ezike (Anambra State, Southeast) got enlisted into the NPF same day (31/12/84) with DIG Peter Yisa Gana (Niger State, North-central). While DC Ezike was promoted DC on 1st August 2012, DIG Peter Gana got promoted as a DIG on 20th February 2012. While DC Ezike will retire on 31st April 2019, DIG Peter Yisa Gana will statutorily pull out of the Force on 15th November 2019.

Lastly, our position remains that IGP Mohammed Dahiru Abubakar has a serious case to answer to Mr. President & Commander-in-Chief of the Armed Forces, the leaderships of the National Assembly and the Executive Chairman of the Federal Character Commission over grave lopsidedness in promotions and postings made in the NPF since January 2012 under his headship of the NPF. By the Police Service Commission's constant and vivid reference to the IGP's “recommendation” as the premise of its promotions, which is strange and unconstitutional, the IGP is fundamentally responsible and answerable for all the promotions and postings carried out in the Force. The PSC is also an accomplice having allowed its statutory functions to be hijacked and twisted by the headship of the Force. We see the NPF statement under reference as “defending the indefensible”.