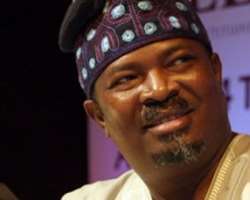 
Newspaper Proprietors' Association of Nigeria (NPAN) has called on the Federal Government to withdraw the obnoxious Cybercrime Bill that would empower security agents to intercept and record electronic communications between individuals and track data use from internet service providers and mobile networks.

In a communiquÃ© at the end of its Executive Council meeting in Abuja, the NPAN described the bill as a danger to the constitutional guarantee of free speech and therefore an invitation to arbitrariness.

'The Federal Government should withdraw this obnoxious Bill in line with its constitutional obligation to protect the rights and liberties of the citizens,' the NPAN said in the communiquÃ© signed by its President, Nduka Obaigbena.

The Federal Government had recently initiated a draft law that empowers security agents to intercept and record electronic communications between individuals, and seize usage data from internet service providers and mobile networks.

If the Cybercrime Bill is enacted into law, authorities can intercept and record personal emails, text messages, instant messages, voice mails and multimedia messages, in order to facilitate a criminal investigation.

These were contained in the details of the bill that President Goodluck Jonathan submitted to the National Assembly two weeks ago.

The bill empowers security agencies to ask telecommunication companies to conduct surveillance on individuals, and release user data to authorities.

A warrant would not be required in cases of 'verifiable urgency' to intercept and record electronic communications under the new bill.

Reacting to the development, the President of Association of Telecommunication Companies of Nigeria (ATCON), Lanre Ajayi, had said government had a responsibility to provide security for its people and sometimes that may necessitate monitoring the communication activities of the bad actors.

At the same time, he said the government had a responsibility to protect the privacy of its citizens which is a right that is enshrined in the Constitution.

For the former President of Information Technology of Nigeria (ITAN), Jimson Olufuye, what is key in the bill was court authorisation for surveillance and data interception to be carried out by law enforcement agents.

In his opinion, once there is such court authorisation, lawful interception of communication is good for the collective security of the country.

But in his reaction, President of Institute of Software Practitioners of Nigeria (ISPON), Chris Uwaje, noted that the bill should not directly or indirectly empower telecommunication companies to conduct surveillance on individuals, and release user data to authorities.