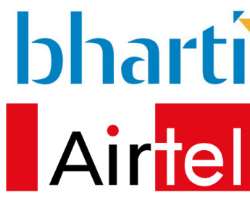 
In its drive for more growth in Africa, Bharti Airtel has restructured its operations in Africa to make it more responsive to business opportunities.

Under this new growth strategy, the  telecoms giant has organized  its countries of operation into four four clusters known as Strategic Business Units (SBUs), with their leaders reporting to the MD & CEO - Africa, Christian de Faria from 1st April 2014.

Both Somasekhar and Soulet are veterans in the telecommunication industry. Somasekhar helped to make Airtel's Uganda one of the telecoms most profitable business while Soulet has helped coached and built winning leadership teams across Africa.

'These two business leaders have distinguished themselves with their exceptional understanding of the African telecoms landscape. We will leverage their experience, leadership and understanding of the African market to accelerate our market leadership opportunities and develop team capabilities as we seek to take our brand to the next level,' Airtel Africa CEO, Christian de Faria said while speaking on the new structure.

With Mr.Somasekhar elevated to the post of SBU head, Mr.Arindam Chakrabarty who is currently Chief Commercial Officer for Airtel Uganda will be acting as the Managing Director until a new Managing Director is appointed.

With operations across 17 African countries, Airtel is ranked the 4th largest mobile services provider in terms of customer base globally.