Chita Agwu- Everything About Me Is About Love 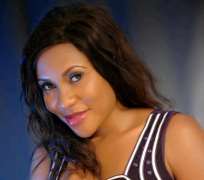 Nollywood actress Chita Agwu who recently suffered misfortune when she lost her mother and had an accident with her car is bouncing out stronger, the actress who has featured in more than 40 movies doesn't think she can pose n*de in any movie, though she admits she can be sexy or half naked neither can she do it to get a man. She believes her smile can make a man lose his composure and fall in love with her. She made this revelation in a recent interview.

Talking about the accident “I have changed like two cars after the accident I had and they are all brand new cars. As for the apartment; l had to move from my old apartment because it became too small for me. I only moved to a bigger apartment and not to a choice apartment!”

When asked if she can marry an actor “If it's my luck, yes. Everything about me is about love, I practice love a lot.” She said about her dressing “I dress as the spirit leads. When I wake up in the morning, I just dress the way my mind tells me to. But generally, I am a tomboy as I love sneakers. My boyfriend buys them for me a lot.”