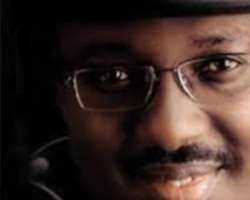 
Former Deputy Speaker of the House of Representatives, Hon. Chibudom Nwuche,  on Wednesday insinuated that much of the political upheaval in the system are being orchestrated by the North to frustrate President Goodluck Jonathan from seeking second term.

According to him, their game plan to discourage the president from running is insisting that vying in 2015 would mean a third tenure for Jonathan.

Nwuche,  at a meeting with elders and stakeholders of the Peoples Democratic Party (PDP) from Ahoada West and Ahoada East, in Port Harcour, also dismissed claims by the same northern politicians that Jonathan signed a pact with them not to contest for second term.

The former deputy speaker said that despite  repeated claims these politicians that Jonathan no one has produce an evidence of such agreement.

According to him, 'President Jonathan duly completed the tenure of late President Umaru Yar'Adua, who died in office. His first term under the law started in May 29, 2011. So, all the talk about Jonathan having already served his first term in 2005/2006 before contesting for the presidency in 2011 is sheer blackmail.

'When they realised that their position was not supported by the constitution, they turned around to say that Jonathan entered into a pact with some Northern leaders to serve for only a term of four years as president. It is all politics. None of them has been able to produce an evidence of the purported agreement.'

He declared that Jonathan did not enter into agreement with any person or group, adding that the idea of an agreement gives a wrong impression that some people were claiming to be landlords in Nigeria, while others were tenants.

'Nobody owns Nigeria more than the other Nigerian. We all own Nigeria. No one can claim to be the owner of Nigeria. Nigeria belongs to all of us. So the idea of a landlord and tenant is out of the question,' he said.

He called on the people of the region to support Jonathan to run for a second term.

He urged the elders and stakeholders to encourage their supporters to come out and vote during the 2015 general elections, adding that it was necessary for the electorate to ensure that their votes would count in 2015.