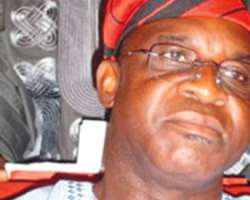 
Having consistently failed to meticulously screen ministerial nominees, the Senate has another opportunity to make amends after President Goodluck Jonathan sent in a 12-man list on January 21 for confirmation. The Senate, the highest lawmaking body in Nigeria, must not waste this golden chance. The nauseating ritual of letting most ministerial nominees off the hook lightly is bringing high office into disrepute. The exercise has been reeking of sentimentality, thereby breeding mediocrity in public office. This tradition must end this time as it only enables those who do not merit such offices to get there.

With the Jonathan Administration bumbling around, making no real impact amid widespread incompetence in the ranks of those in government, providence has thrust the Senate in the limelight. Will it do the right thing this time by rigorously grilling the cabinet nominees? We want to assume that it would. Yet, if past evidence is anything to go by, the lawmakers seem incapable of rising above the culture of compromise, bribery and partisanship.

Since 1999, Senate confirmation hearings have been worse than a joke. At such sessions, senators ask pedestrian questions, such as requiring nominees to name the capitals of states or recite the national pledge. Even secondary school pupils would feel at home at such sessions. But worse, a heavy whiff of bribery has become the hallmark of the exercise, with former lawmaker nominees given the express vote to serve in the Federal Executive Council by telling them to 'take a bow'. This is without any evidence that they are fit for such offices. The Senate has a duty to end this childish and clannish culture, starting with these impending confirmation hearings.

Nasir el-Rufai, a former Minister of the Federal Capital Territory, in his memoirs, The Accidental Public Servant, captures the corrupt culture of Senate confirmation hearings during the Olusegun Obasanjo Administration (1999-2007). 'It was like when I was nominated for ministerial appointment. A couple of senators called me and said I made money as Director-General of (the) Bureau of Public Enterprises and so, to make sure I get cleared, I had to pay them N54 million,' el-Rufai wrote.

Our reckless Senate has consistently foisted unworthy, ill-equipped persons on us as ministers. The effect is that corrupt and inept government officials have continued to squander the nation's wealth and arrest our development.  Considering the incompetence in government over the past 14 years of civil rule, the Senate should have devoted quality, incisive attention to the screening of ministers. In proper climes, parliamentarians rise above party and petty ethnic considerations at confirmation sessions. In the United States, confirmation hearings on presidential nominees for the cabinet begin with candidates appearing before different committees to answer questions on issues pertaining to their prospective departments.

But here, our senators don't appear to have a grasp of the issues at stake at such sessions. In fact, there is a sort of unwritten code between the Senate and the Executive to foist mediocrities on Nigerians as ministers. Unwittingly, the Senate allows the President to hide under the provisions of Section 147 (2) of the 1999 Constitution to send the list of ministerial nominees to it. The subsection states, 'Any appointment to the office of Minister of the Government of the Federation shall, if the nomination of any person to such office is confirmed by the Senate, be made by the President.'

The Senate must not perpetrate ineptitude at a time that demands efficiency, transparency and a sense of mission in high public office. Party lines and ethnic background should not matter so much to senators. Competence and professionalism should be their watchword. Nigerians must not be subjected to the charade that occurred in 2011 when cabinet nominees underwent Senate screening. The hearings smacked so much of farce that David Mark, the Senate President, spoke the minds of 160 million Nigerians during the saga.

Mark had argued that though the law did not compel the President to attach portfolios to the names of ministerial nominees coming to the Senate, doing so would allow parliamentarians to ask prospective ministers specific questions. 'That may be the preferred option…,' Mark argued.

Confidence in politics is about a lot more than the occasional sound bites from our lawmakers.  It is about the conviction that the parliament does an effective and worthwhile job. Since the President has again failed to attach names to portfolios before transmitting the list to the Senate, it should be promptly returned to him. There can be no proper evaluation of a person's suitability for a ministerial position or any job at all, without knowing which portfolio he/she is headed and his/her priorities in that job. Anything else is ridiculous. No sentiments anymore. In every successful democracy, the input of the people is critical and any nominee found wanting when the list returns with portfolio duly attached, should be rejected outright.