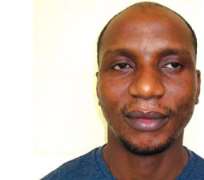 
The National Drug Law Enforcement Agency said on Saturday it arrested a man with 107 automated teller machine cards in his possession at the Murtala Mohammed Airport in Lagos.

A statement by NDLEA said its officers discovered the ATM cards in the man's luggage during the outward screening of passengers travelling to Istanbul, Turkey aboard Turkish Airlines. It was discovered that the man also had two international passports bearing photographs of him, but with different names.

The NDLEA Airport Commander, Mr. Hamza Umar, said the man, aged 36, was apprehended for dual-identity and also because of the discovered cards.

The suspect reportedly told investigators he was taking the cards to a friend in Turkey.

He said, 'My friend in Turkey called me to bring the cards to him in Istanbul, Turkey. When I collected the cards in Lagos, I kept them in my bag but during search, the officer saw the cards and took me for interrogation. I am a national diploma graduate from the Kwara Polytechnic' he stated.

Chairman/Chief Executive of the NDLEA, Mr. Ahmadu Giade, was said to have given the directive for the suspect to be handed over to the Economic and Financial Crimes Commission for further investigation.

Giade said the cards were believed to be used for fraudulent purposes, since he was not an authorised agent. He added that any act capable of bringing the image of the country into disrepute would be prevented.