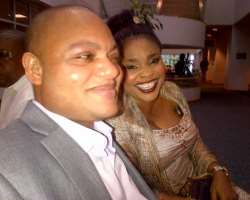 While her position in Yoruba movies has remain vacant for some time, it seems she might be returning home to take her roles back.

Lola seems to be really having a hard time, she has started working in a super market in California which is actually telling more on her. A close source allegedly finally reveal to us that Lola Alao might be considering returning home to take back her roles soonest.

All that glitters is not gold

WHO IS RAMSEY NOUAH?