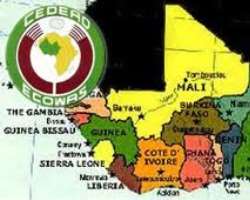 
The plan by ECOWAS-members countries for highway from Lagos to Abidjan got a major boost yesterday as the Heads of Governments in the sub-region approved a $ 50 million and the request by the ECOWAS works ministers to be allowed to approach the African Development Bank( (AfDB) for a provision of another $ 16.6 million for the detailed designs of the project.

The approvals followed a three-point proposal submitted by the ECOWAS Ministerial Project Steering Committee during a meeting on the delineate of the ongoing 22nd African Union Summit of African Heads of Governments in Addis Ababa, Ethiopia . The committee comprises Works and Infrastructure Ministers from Nigeria,  Ghana, Togo, Benin and Ivory Coast is being Chaired by Nigeria' Mike Onolemenen

At the  meeting, which was chaired by Nigeria's President, Dr. Goodluck Jonathan, the leaders, however, deferred details of the individual member's contribution to the $ 50 million request presented by the ministers to when they meet in Nigeria, at a date yet to be decided.

The road is expected to commence from Lagos, passing through Ghana, Benin Republic to Togo and terminating in Abidjan.

Yesterday's meeting was attended by the Ghanaian Vice President, on behalf of his boss, President John Darma Mahama. And representatives of the Presidents of Benin President, Boni Yayi. But Ivory Coast President, Alassan Quattara, who was not available for the meeting however met the President later.

Onolememen, while presenting the outcomes of the committee's deliberations  to the leaders, said the decision was aimed at quickening the realization of the project in view of its economic importance to the people's of the west African sub-region.

Besides the approval and authorization of the raising of $ 50 million as well as approval for the provision of the  AfDB grant of $ 16.6 million, the ministers also wanted the ECOWAS leaders to approve and consider for initials the draft treaty and full commitment of member-states towards the project.

According to him,  the  $ 50 million seed money was to allow the work on the road  to commence in the first quarter of the 2014

According to Jonathan,  at the meeting of the ECOWAS heads of state meeting, 'it would be decided how we can quickly mobilize funds. We have approved your prayers, anything that money that involves money takes more time? But the decision In terms of details of how we can quickly mobilize money and the ratio of contributions by each member states will be taken when we get Abuja, Nigeria.

Speaking to reporters later, the minister said the project was the achieve proper regional integration in West Africa and also open up the sub- region for commerce.

The President had earlier met in closed door session with the Executive Secretary of the UN Economic Commission for Africa ( ECA), Dr. Carlos Lopes. Though details of their discussion were not made available at press time, but it was gathered from diplomatic sources in the Addis Ababa that it was not unconnected with improved relations between Nigeria and the world body.