Afrocandy Regretted Not "Meeting" Dbanj In Her Dreams 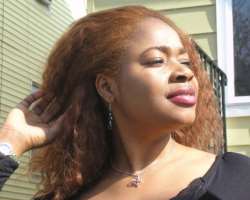 Nigerian movie star Afrocandy has not ceased to move away from controversies, this time she tweeted what happened in her dream, and you won't believe what she said!

AfroCandy tweeted about how she almost had "fun" to D'banj in her dreams and regretted she woke up before the main thing.

She tweeted about it and some of her fans hailed her, while some said D'banj is already taken.

That word almost got her angry and she replied one of them by saying, 'Nobody own's the anaconda yet'....