U.K.’s Queen Elizabeth down to last $1.6 million in reserves after royal overspend 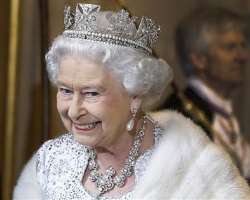 
Britain’s Queen Elizabeth has just £1 million ($1.6 million) left in financial reserves after the royal household overspent on its budget last year, according to a report by British lawmakers released Tuesday.

The report by the Public Accounts Committee said the amount was “historically low” and that it was ”concerned that the household has reduced its balances to such an extent that it could be unable to cover its expenditure on any unforeseen events.”

This paltry figure of £1 million is in contrast to 2001 when the royal household had £35 million ($58 million) in its reserves. The royals spend the money on costs such as staff wages, maintaining their palaces and travel.

A restructuring in 2012 of the way the royals receive public money allowed the royal family’s finances to come under scrutiny from lawmakers for the first time.

“The household needs to get better at planning and managing its budgets for the longer term — and the Treasury should be more actively involved in reviewing what the household is doing,” said Margaret Hodge, the member of parliament who chairs the Public Accounts Committee.

The report also criticized the royals’ “complacency” in allowing some 39 per cent of royal buildings and land to slip into a state of disrepair. It said the 60-year-old heating system in Buckingham Palace alone will cost between £500,000 and £1 million to replace.

“The Household must get a much firmer grip on how it plans to address its maintenance backlog,” Hodge said.

A Buckingham Palace spokesperson described maintaining the royal family’s estate, such as the recent renewal of a roof over at Windsor Castle and the removal of asbestos from Buckingham Palace, as a “priority.”