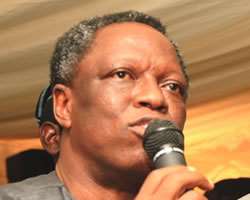 
Recent bombing and fire incidents in Rivers State courts have, without doubt, reinforced the need to take the security of certain sensitive government institutions seriously. Over the years, the government has consciously created the impression that only the residential places of the President, his deputy, governors, the deputy governors and a few other government officials need to be secured. But equally important, in a country that in recent times has been facing unprecedented security challenges, is the security of court premises and judicial officers.

At a time when a lull in the violent activities of the Niger Delta militants seemed to have ushered in a semblance of peace and security in that part of the country, a bomb explosion at a court premises on January 6 was perhaps the last thing anybody expected so soon in the year. The explosion, which shattered a section of the High Court in Ahoada, brought back memories of the dark days of militancy, when the bombing of government economic interests almost became a way of life.

What however made the bombing particularly worrisome is the institution that was targeted. The attack came almost simultaneously with the setting ablaze of a Magistrate's Court in Okehi, in Etche Local Government Area of the same state. What further evidence does one need to confirm what appears to be a deliberate assault on the judiciary? As an important organ of our democracy - usually described as one of the three pillars of democracy - an attack on the judiciary is an attack on our fragile democracy. All lovers of democracy should, therefore, rise in defence of the judiciary, which is also seen as the last hope of the common man.

Although its performance has come under serious scrutiny in recent times, with sundry allegations of bribery and perversion of justice swirling around, the judiciary still remains the most trusted and credible of the three arms of government in the country. While the executive and legislative arms seem to have completely lost face among the people because of their self-serving attitude, the judiciary has acquitted itself creditably at some critical times in the life of the current democracy. For instance, at different times when the people's mandate had been stolen by unscrupulous politicians, the judiciary had risen to the occasion; it has been able to come out boldly to be counted on the side of the people.

The Nigerian Bar Association has not minced words in condemning the assault, which it rightly described as acts of brigandage that should not only be seen 'as sacrilegious but also as a desecration of the temple of justice.' While giving the security agents 30 days to get to the bottom of the attacks, the NBA boss, Okey Wali, a Senior Advocate of Nigeria, said that 'on no account will it (NBA) ever idly stand by and watch these acts of violence and impunity to our courts, which are tantamount to an affront to the rule of law and a threat to our democracy.'

It is becoming increasingly obvious that, having destroyed the other structures of the Nigerian democracy, these same unscrupulous politicians and other enemies of the country are making a conscious effort to emasculate the judiciary. This is reinforced by earlier happenings in different parts of the country where judges had suffered the ordeal of being kidnapped. The Rivers State incidents and the kidnappings could have been orchestrated to strike fear into the judicial officers and render them ineffective in the process of administration of justice.

This is not the first time this method has been adopted to try and render the judiciary impotent. In Italy, at the height of the activities of the Sicilian Mafia, judges were targeted and eliminated. The lives of judges and magistrates whose judgements had seen many mafia bosses clamped in jail suddenly became endangered. But that did not deter the government from doing its job of providing adequate security to those whose lives had become unsafe while in their line of duty.

In Nigeria, when certain crimes that are relatively alien to us are allowed to breathe without being nipped in the bud, they have always turned into hydra-headed monsters that are difficult to tame. Two good examples are terrorism and kidnapping. When terrorism started, excuses were proffered that the perpetrators were disgruntled and neglected people, driven by poverty and lack of education. Later events proved that they were actually driven by a hate ideology and a plan to foist sharia on parts of the country.

Similarly, when kidnapping started, it was believed that foreign nationals and oil workers would be the only targets. But everybody now lives under the fear of abductors. Not even schoolchildren and their teachers are spared. That is why action must be taken to ensure that the emerging trend of targeting the judiciary is stopped immediately.

As the NBA has said, the perpetrators must not only be fished out but also they must be brought to book. One of the reasons why crimes fester is that perpetrators are allowed to go scot-free. Rather than continually engaging the governor and other political figures in the state in a seemingly unending war of attrition, the police should sit up and take the job of providing security in the state more seriously.