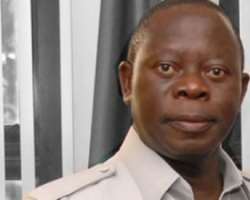 
The Edo state chapter of the Nigerian Medical Association (NMA) on Wednesday announced the suspension of its indefinite strike.

Ighodaro said that the decision to suspend the strike followed a meeting between the state government and the NMA.

He said the state government had agreed to pay back the deductions from the doctors' December salary within the next 48 hours.

Doctors in the public health sector under the umbrella of the NMA on Monday commenced an indefinite strike over the alleged deduction of five days pay from their December salaries.

The state government had during the strike threatened to evoke the policy of 'No work, No pay' on medical personnel in its employment.

Ighodaro, however, noted that the 21-day ultimatum issued to the state government still stands.

He said that the state government in the meeting also agreed to set up a committee to look into the issues raised in its 21-day ultimatum letter.

'We are hopeful that within the next one week, we would have looked into the issues and hopefully call a larger meeting with the Governor to finally seal up the agreement', Ighodaro said.