Obiano calls on Anambra communities in Diaspora to invest at home 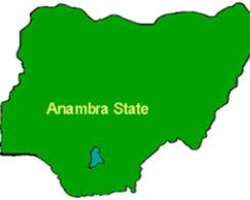 The Governor-elect of Anambra State, Chief Willie Obiano has called on all indigenes of the state in the Diaspora to return home and invest in Anambra State and contribute to on-going efforts to reposition the state as an emerging economic hub in West Africa. Speaking at a reception held in his honour by the US-Africa in collaboration with Anambra Communities in the Diaspora at Hilton Westchase Towers, Hilton, USA, the Governor-elect stated that it behoved on every indigene of the state, including Anambrarians in the Diaspora to pool efforts and resources together to create a new Anamabra of their dream. Chief Obiano, who quoted American poet Edgar Allan Poe to buttress the need for every well-meaning Anambra indigene to get involved in the effort to build an exemplary state, also observed that the influence of the Diaspora communities on the developing economies of the world cannot be ignored. 'The world is familiar with the many great stories of the Diaspora influence on some of the leading economies of our time. The heroic tales of the impact of the Jewish and Indian Diaspora are ready examples. Ndi Anambra, I am extending an invitation to you here to come home and invest in Anambra State. Bring home your talent, your expertise and your dollars and let us make Anambra State the reference point in contemporary times. I know that we can do it!' Chief Obiano declared. According to him, after eight glorious years of APGA leadership of the state, Governor Peter Obi has laid a solid foundation in the aspects of providing good roads, quality education, healthcare, oil & gas, security and attraction of foreign investors, etc. 'These are the basic fundamentals of growth. They are also the existing foundation upon which my administration will take its anchor,' he further explained. The Governor-elect who also spoke on the issue of unity among the Igbos, pooh-poohed the widely held notion that Igbos have difficulties building a consensus amongst themselves. Said he, “In Nigeria today as in the Diaspora, there is an erroneous belief that Igbos are never united in pursuit of any common purpose and that we cannot work together. Some people have even said that Igbos do not love one another. But that is not true. Once in every while, something happens to expose that notion as a lie. This gathering is one such instance. Another is the gubernatorial elections in Anambra State that took place on the 16th and 30th November last year.' According to him, 'efforts like this reinforce my belief in the manifest destiny of Anambra State; our capacity for great deeds and our ability to come together when the chips are down. These are the little acts that make me proud of whom I am, who we are. We are proud Anambrarians!' Chief Obiano also thanked the Anambra Communities in the Diaspora for their overwhelming support during the elections which helped him emerge as the Governor-elect, emphasizing that his victory at the polls was further proof that Igbos could act together as one in pursuit of a common goal. Earlier in an address the Chairman of USAfrica, Dr. Chido Nwangwu had welcomed the Governor-elect to the event and congratulated him on his victory in the November 16th and 30th governorship polls in Anambra State. Dr. Nwangwu had also maintained that Chief Obiano's victory at the polls sign-posted the gradually shifting paradigm in the politics of Anambra State which reinforces the growing belief that men and women of impeccable background can finally get fully involved in the leadership of the people. Also speaking at the event, an influential US Congressman representing Texas, Hon. Al Green reminded Chief Obiano that as the elected governor of Anambra State, he had a responsibility to foster the business and relationships between African-Americans and continental Africans 'because, we are all Africans.' The event was attended by hundreds of Nigerians from the US, UK, Canada, Ireland and Europe including many eminent Nigerians like the former Information Minister, Prof. Dora Akunyili, the Chairman of World Igbo Congress, Dr. J.O.S Okeke, Prof. Michael Obiefuna, Igwe Nteje, Igwe Rowland Odegbo, Dr Chudi Egbunike, APGA US Chairman, Kpajie Onochie, Owelle Pius Idigo and Chief Joe Martins Uzodike who represented the Governor of Anambra State, Mr. Peter Obi.