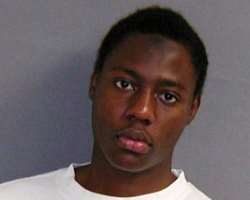 
A Federal Appeals Court in the United States of America (USA) on Monday upheld the verdict of life sentence for Umar Farouk Abdulmutallab, a Nigerian who tried to set off an explosive hidden in his underwear while aboard a U.S. airliner on Christmas Day in 2009.

The 6th U.S. Circuit Court of Appeals rejected arguments by the man known as the Underwear Bomber that the sentence was cruel and unusual punishment, and that U.S. District Judge Nancy Edmunds in Detroit had erred by letting him represent himself at trial despite doubt about his competency.

Abdulmutallab, 27, challenged the sentence despite having pleaded guilty in October 2011, one day after his trial began.

He called his attempted bombing at the time a part of his 'religious duty' to participate in a jihad against the United States to avenge attacks on Muslims by that country.

The defendant had been trained at an al Qaeda camp in Yemen under the direction of U.S.-born Muslim cleric Anwar al-Awlaki.

Writing for a three-judge panel, Circuit Judge David McKeague called Abdulmutallab an 'educated and adept individual' who chose a 'deliberate, conscious, and complicated path' in the name of martyrdom.

He said a life sentence was appropriate given the nature of the crime, and the defendant's having committed an act of terrorism and 'communicated a desire' to undertake more.

Travis Rossman, a lawyer for the defendant, had no immediate comment, his office said.

The defendant's bomb caused a fire but failed to explode on Northwest Airlines Flight 253, operated by Delta Air Lines Inc, to Detroit from Amsterdam with 289 people aboard.

Prosecutors said Abdulmutallab had traveled to Yemen a few months before the December 25, 2009 flight, and it was there that he had agreed to conduct a suicide bombing of a U.S. airliner over the United States.

Abdulmutallab was originally represented by a federal public defender but later chose to represent himself.

In his appeal, the defendant had also challenged Edmunds' admission of incriminating statements he had made shortly after the flight at a University of Michigan hospital.

Edmunds said the statements were admissible under a 'public safety' exception to the usual rule that suspects be given a 'Miranda' warning of their right against self-incrimination.

The 6th Circuit said that by pleading guilty, Abdulmutallab waived his right to challenge the statements' admissibility.

Barbara McQuade, the U.S. Attorney in Detroit, said in a statement: 'We are glad that the defendant's life sentence has been upheld and that he will never have another opportunity to kill innocent victims.'

Abdulmutallab is housed at a maximum security prison in Florence, Colorado, about 110 miles south of Denver.