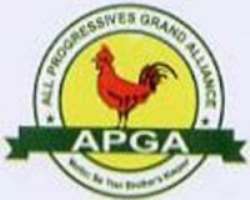 
The  All Progressives Grand Alliance (APGA) has  won 20 chairmanship seats out of 21 in the local government elections held in Anambra State on Saturday.

The Acting Chairman of the Anambra State Independent Electoral Commission (ANSIEC), Mr. Sylvester Okonkwo, who announced the results in Awka on Sunday said the elections were not conducted in Nnewi North Local Council Area due to late arrival of materials.

He said that APGA won a total of 304 councillorship seats out of the 327 wards in the state.

Okonkwo commended the people of the state for eschewing violence before, during and after the polls, even when he said there was a report of interception of a vehicle conveying election materials.

He urged those who were aggrieved with the outcome of the election to go to court.

The chairman recalled that local council election was last conducted in the state in 1998 while attempts to conduct the poll before Saturday had failed.

In his reaction, the Chairman of APGA in the state, Mr. Mike Kwentor, ascribed the party's victory to the infrastructural development of the state by Governor Peter Obi.

'That other political parties got pockets of victories show that there is democracy in Anambra.

'Grassroots democracy is the election of villagers and commoners, so depending on the credibility of the candidate, villagers voted their choice,' he said.

Also reacting, Mr. Jude Mbaegbu, the chairman-elect of Ekwusigo Local Council Area, promised good governance to the people of his area, appealing to the opposition to support his administration.