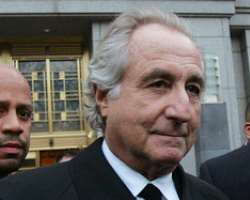 
Chelsea moved to the top of the Premier League on Saturday as Eden Hazard and Fernando Torres scored in a 2-0 victory at Hull City. After a goalless first half, Hazard broke the deadlock 11 minutes into the second period with a low drive beyond Allan McGregor, who had an otherwise impressive game in Hull’s goal.

Torres then got the better of Alex Bruce three minutes from time to burst into the danger area and slide the ball beyond the Scottish goalkeeper to make sure of the points.

The win is Chelsea’s fifth in a row in all competitions and, with Manchester City and Arsenal not playing until Sunday and Monday respectively, sends them top of the league.


VIEW FROM THE KC STADIUM
In the end, it was largely business as usual for Chelsea as they secured their fifth Premier League win in six with the minimum of fuss at Hull City.

Jose Mourinho, to his credit, got his tactics spot-on once more as he contained the Tigers’ early pressure – indeed, Yannick Sagbo’s vital miss came at a crucial stage of the game – before pouncing 10 minutes after the break as Eden Hazard took on the Hull defence, shimmying this way and that before drilling his side in front.

From thereon in, it was all too easy for the Blues, whose defence never looked like being breached by Sagbo & Co., as they zipped the ball around the KC turf with a swagger befitting of a side that continue to ominously tick along in the title race. Fernando Torres put the icing on the cake by sprinting clear and firing home to send Mourinho and his men to the top of the table. Whisper it: Chelsea are on a roll. Steve Bruce made just a single change to the side who lost 2-0 to Liverpool last time out in the Premier League, George Boyd coming in for captain Robert Koren, while Jose Mourinho gave Oscar and Willian starts after starring substitute outings at Southampton on New Year’s Day.

Ahmed Elmohamady had the first chance of the match for Hull in the seventh minute, with Petr Cech getting down well to gather the Egyptian’s dipping effort from 25 yards.

The hosts had the better chances throughout the opening half-hour, with Cech into action once again in the 22nd minute, pushing the ball around his left post from a 20-yard Jake Livermore strike, while Yannick Sagbo wasted a gilt-edged chance after Boyd charged down an attempted John Terry pass in the Chelsea penalty area.

The Blues worked their way back into the contest, however, and Oscar squandered a glorious opportunity to break the deadlock for the visitors in the 33rd minute, drawing a superb save from McGregor after receiving the ball somewhat fortuitously from a deflected Hazard cutback.

And Scotland international McGregor had to be alert again on the stroke of half-time as a well-struck Luiz free kick required a touch over the crossbar before a second set-piece from the Brazilian after the break was again stopped by the 31-year-old.

But it was Hazard who eventually netted the first goal of the match in the 56th minute, delaying his shot on the edge of the penalty area before rifling an effort into the bottom right-hand corner for his ninth Premier League goal of the season, equalling his tally from last term.

With Hull struggling to find a response, Torres extinguished their hopes of salvaging a point towards the end of normal time, taking the ball beyond Alex Bruce to slot the ball into the bottom right-hand corner, scoring in consecutive Premier League games for the first time since December 2012.

And Chelsea cruised to the full-time whistle to secure their fourth clean sheet in five outings – taking Cech past Peter Bonetti’s club record.