Chuks Akamadu: The Face Of A Gigolo 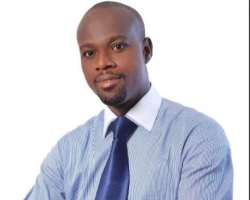 The name Chuks Akamadu may not sound very familiar to some sane minds but the name always leaves a tale of sorrow and tears in the minds of some rich widows and ladies of easy virtue, a popular face in all brothels across Abuja whose recent catch is Senator Nkechi Nworgu. But unknown to this senator representing Abia Central Senatorial zone who has never made an input in all the activities going on in the hallowed chambers, who spends the time she was supposed to use in attracting development to the senatorial zone she represents which is Abia Central Senatorial zone, rather chose to spend it with different men in hotels across Abuja.

On the 28th of August 2013, this woman was caught pants down in a popular hotel in Abuja by her husband's younger brother who has heard of her escapades with men. On that day, Senator Nworgu who is now prostituting Abuja was caught her in bed with a former governor who goes by the name Orji Uzor Kalu who is rumoured to have been infected with HIV by her wayward mother Odiukonamba. As if that is not enough, Orji who promised to get her a return ticket to the Senate come 2015 caught her with Chuks Akamadu having sex inside the senator's car in the garden of a popular Abuja hang out. This Senator representing Abia Central Senatorial zone in the Senate is now rated highest amongst lose women who lure young men to amorous intimate relationship with them with the promise of dashing them money or giving them political positions.

Chuks Akamadus favourite past time is sleeping with people's wives for a fee. Chuks is a drop out from the University of Lagos who thinks that sleeping with the nymphomaniac Senator Nworgu who is never satisfied in bed will earn him a place in politics. Chuks has therefore resorted to some performance enhancing drugs like Viagra and some local herbs so as to satisfy Senaor Nkechi Nworgu. It's not surprising that the Senator's first son was consummated through prostitution. Today, Senator Nworgu's illegitimate son has threatened to kill the mother if she fails to show him his father.

Rumour has it that Chief Nworgu after the shocking discovery that Orji was sleeping with his wife decided to silently end his relationship with the senator so as to avoid getting infected with HIV, since it is no longer news that Orji is infected with the deadly virus as a result of his intimate relationship with his mother Odiukonamba. This sex freak has not added any value to the senatorial zone she represents since she entered the Senate instead she is only busy sleeping with men all over Abuja. It was reported some time in 2012 that she fought in the waiting lounge of a local airport with a woman who accosted her and asking that she should leave his husband alone. Both women tore at each other and striped themselves Unclad only for the security men to whisk them away.

Young men beware of this Nymphomaniac senator as she will come to lure you to bed with her money.