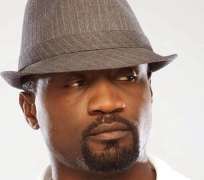 After the post of Jude Okoye posted a threatening photo of his gun collection, Many followers of music video Director and elder brother to music superstar, P-Square, Jude Okoye were shocked when he posted his picture with three pistols and some bullets on the internet 2 nights ago.READ IT HERE

Jude, while trying to act like a gangster, posted the offensive picture with a message “F..k with me cos u know I got 'em.”

Many of his followers chided him for engaging in what they termed shameful and misleading act, rather than being a role model. many of the followers pleaded with him to take down the offensive post, but Jude remained adamant. That has further generated more criticisms.

"I suggest you take down this photo. You're not sending the right message to youths out there. With you being a celeb. Real shame!" wrote one follower with handle @Kveeeeeee.

Another follower @alextobechi who in agreement with @Kveeeeeeee simply said: "I'm disappointed in you Jude."

A follower by name Mor Sene with handle @yuseemi I was more worried and told the award-winning director: "Don't start this s**t in Nigeria you F***tard…You might have it but don't show it…Lord knows when pics like this would start becoming a trend in Nigeria…"

He continued: "That's exactly where I guess the bad influence will start spreading to the masses to make this 'bad influential pic like' this in Nigeria trend."

@Havenlyhot wrote: "A real man fights without a weapon and wins his battle like a warrior."

And @Alashock was a bit acerbic: "Height of shamelessness if you think this is a show off…Stupid American wannabe…Even when the supposed advanced country (America) is currently campaigning for gun control. Insecurity of the highest order from Judeengees."