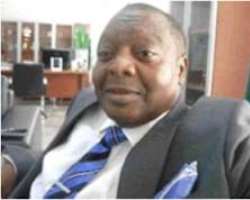 
Protest actions against the Vice Chancellor of the University of Nigeria, Nsukka, Prof. Barth Okolo,  have continued to rise in intensity.

The protests which involved both academic and non-academic groups literarily crippled activities in the institution.

The workers, who embarked on a protest, insisting on the removal of the institution’s Vice-Chancellor, Prof. Bartho Okolo.

last week youths of the host community also marched round the serene university town of Nsukka, demanding the removal of Prof Okolo as the vice chancellor. They alleged various misdemeanors including wanton corruption and lack of developmental activities.

They urged the federal government to reinstate Enejere and remove Okolo on allegation of corruption and financial recklessness.


The protest started with a prayer session at the UNN Freedom Square, after which the workers marched to the second gate opposite Zik’s Flat hostels, chanting solidarity songs.

As a result of the protest, all academic and administrative activities were paralysed in the institution.


Addressing journalists, the spokesman of JAC, Abada, chairman of ASUU-UNN, said the workers want the government to remove the Vice-chancellor for allegedly running the university as his personal business.

They equally demanded the setting up of a panel of inquiry to probe the VC.

He said: 'Government should reinstate the suspended pro-chancellor or make public the offence he committed.”

'UNN workers want government to remove Okolo and set up a panel of inquiry to probe him on his financial recklessness and refusal to adhere to due process in awarding contracts.”

Abada said  the protest was one of the ways the workers were using to show that they were not comfortable with Okolo's administration, adding that 'We will continue to carry this protest until justice is done through government’s intervention.”

The protest continues tomorrow.
All efforts to speak with the embattled Vice-Chancellor, Okolo, failed as his phone rang out without any response.