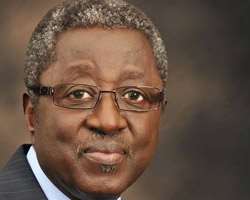 
Tragedy struck again in Plateau State Monday as about 30 people were reportedly killed and 25 others injured when gunmen suspected to be Fulani herdsmen attacked Shonong village in Bachit District in Riyom Local Council.

It was gathered that over 40 houses with valuable items were burnt. Domestic animals belonging to the villagers were also said to have been killed and some allegedly taken away by the attackers.

A survivor of the incident who sustained gun shots injuries and is receiving medical attention at an hospital, Shom Toma, said the attackers stormed the village in their hundreds when most of the villagers had gone to their farms, killing mostly children, women and the aged. He said he narrowly escaped when the invaders came while he was moulding blocks around his house for building.

Another eyewitness who survived the carnage said about 30 dead bodies have been discovered and the search team was still in operation. He said many of the victims who sustained serious injuries run into the bush to save their lives.

The acting village head of Attarkar and the head of Shonong village were killed two days before Christmas and were buried barely 48 hours before the latest killings.

The Majority Leader of the Plateau State House of Assembly representing Riyom Constituency, Daniel Dem who confirmed the killing, lamented that the mayhem was perpetrated despite the presence of the Special Task Force (STF) in the area. 'If the military men are there in the village and the attack took place at about 8 a.m. and lasted till afternoon, then the military men have so many questions to answer,' he said.

Dem, who condemned the attack, spoke to journalists at Vom Christian Hospital where about 20 survivors are receiving medical attention. 'Recently, the acting Chief of Shonong where the attack took place was killed and was buried last week with two others. This morning again, I was called at about 8 a.m. to be informed that there was a fight in Shonong and that some women and children who went to fetch firewood in the farm were killed by gun shots and that the Fulani surrounded the entire community shooting sporadically, and that several people had been killed and many others injured,' the lawmaker said.

Lamenting further, Dem said: 'We have security men there, and if the attack will start from 8 a.m. and lasted until afternoon, I think something must be wrong. What are the military men there for? If we will have attack from morning to afternoon and people were killed, houses burnt, I think the military men should be asked what they were there to do, if not to protect lives and property of the people.

'We have tried to get in touch with them and they said they are on ground. What then happened from morning to evening that over 30 people were killed, with so many casualties lying in the hospital, and they could not do anything, they could not protect the lives and property of the people, the reason they were positioned in the area,' he queried. - Guardian.