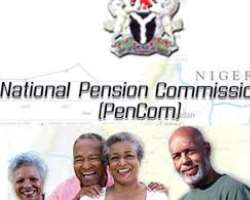 
The National Pension Commission (PenCom) has expressed disappointment in the level of compliance to the contributory pension scheme in the North-West geopolitical zone in the country.

According to the commission, only  three out of the seven states in the zone have made significant progress on their way to fully embracing the  scheme.

The Acting Director-General of the Commission, Mrs. Chinelo Anohu-Amazuwho, who  reviewed the performance of the North Western states during the official opening of PenCom’s North West zonal office in Kano recently, said  said compliance status of the states in the North-West zone underscored the need for them to expedite action on the full implementation of the contributory pension scheme for the benefit of their workers.

.According to her,  the cardinal principle of separation of custody of funds from management and supervision has resulted in a pension scheme with sound internal mechanism for the transparency and accountability.

Anohu-Amazu noted that although the contributory pension scheme is one of the most remarkable initiatives that bolster productivity and enhance industrial harmony, only three out of the seven states in the North-West zone have recorded appreciable progress towards embracing and implementing it.

Reviewing the performance of states in the zone she said Jigawa state, which was the first out of the 36 states in the federation to enact its law on the Contributory Pension Scheme (CPS) in 2005, has appointed pension fund administrators (PFAs) to manage the retirement savings of workers valued at N16.49 billion as at September, 2013.

The acting director general said Kaduna state adopted the CPS and enacted its law in 2007, adding that the state has made a significant progress in implementing the scheme having registered 143,722 employees and contributed N9.46 billion as at October, 2013.

She added that Kaduna State has conducted an actuarial valuation and determined the accrued pension rights of its employees for their service prior to the CPS and established a Retirement Benefits Bond Redemption Fund with a balance of N1.6 billion but it was yet to put in place a Group Life Insurance policy for its employees as mandated by the pension law.

Although Zamfara state adopted the CPS, enacted its law in 2005, registered 63,254 employees under the scheme and remitted N534.4 million as employees’ contribution as at November, 2013, Anohu-Amazu said the state was yet to commence remittance of employer portion of pension contributions from the commencement of the CPS.

Zamfara state was yet put in place Group Life Insurance for its employees, she added.

According to her, Sokoto enacted its law on the contributory pension scheme in 2007 and registered 46,808 employees with PFAs under the Scheme but it was yet to commence remittance of the contributions.

In the case of Kebbi State, the acting director general said it enacted a CPS law in 2009 and registered about 38,000 employees with PFAs under the scheme but it was yet to commence the remittance of contributions.

Kano State as well enacted its law on the CPS in 2006 but it was yet to appoint PFAs and has not transferred pension funds for management, she confirmed.

According to the pension regulator-in-chief, Kastina State drafted a bill on the CPS, which was reviewed by the commission as appropriate and being in line with the Pension Reform Act, 2004 (PRA), the state was yet to translated the bill into law.

She also justified the establishment of zonal offices in all the geo-political zones of the country, saying it was a deliberate attempt to encourage and facilitate compliance with contributory pension.

PenCom expects the states in the North-West zone to renew their commitment by ensuring the speedy implementation of contributory pension in order not to shut out their citizens from the benefits of a hassle-free retirement, she said.

Anohu-Amazu also observed that whereas the PFAs manage the funds, they do not have access to it since custody is vested on Pension Fund Custodians (PFCs) while PenCom ensures that both parties adhere strictly to regulations governing the funds.

She reassured that the ring fencing of pension assets and regulatory non-interference has resulted to its consistent growth to N3.8 trillion that is invested in structured and safe financial instruments.

The director general also said going forward PenCom would pay more attention to the supervision of the residual defined benefit scheme in the public sector with a view to stemming the tide of inefficiencies in the scheme.

The supervision of these schemes would be carried out through the Pension Transitional Arrangement Department (PTAD), she said.