Nigeria 2015 And A 'Diminished' Sovereignty 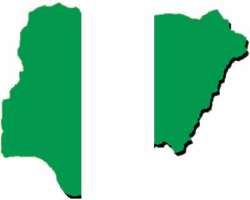 Few days before last year's yuletide, a major political statement with far-reaching constitutional import was made by the Chairman of the Independent National Electoral Commission[INEC] Professor Attahiru Jega to the effect that if the violent and bloody insurgency in the North Eastern states of Yobe, Borno and Adamawa persisted till January 2015 when the next General elections would hold, then the war torn states may not witness any of the election activities meaning that the chunk of the electorate from a sub-section of the nation would be disenfranchised in one of the Nigeria's most historic elections since amalgamation one hundred years back.

Ironically his ugly picture was graphically painted to depict a clear state of war in the North East barely two weeks after the confused technocrats in the Nigeria's foreign affairs ministry disputed the account of the International Criminal Court [ICC] which stated that the North East of Nigeria is indeed witnessing a civil war. If the Nigerian state say the North East is not in a state of war, why then will the same government come up to admit that a situation of war going on in that same section of the country was capable of scuttling the holding of the general election in January 2015?

The same foreign affairs ministry opposed the United States government some months back to declare the dreaded Boko Haram as a Foreign Terrorist Organization only for the same Nigerian state to applaud the United States Government late last year when the administration indeed proceeded with the declaration of the global terrorists status against the Nigerian-based Boko Haram.

But in order not to detract from our subject of debate in this piece it is appropriate to remind my readers that almost immediately that significant warning was issued by the Independent National Electoral Commission that the continuous insurgency and armed insurrection in the North East may lead to withholding election in that section of the country come January 2015 polls, the political establishment of the opposition wing misconstrued that to mean that the Federal Government under the ruling Peoples Democratic Party [PDP] was only rehearsing through the mouth piece of the supposed independent electoral umpire how it intends to scheme out a large percentage of the support base of the newly registered opposition All Progressives Congress in the coming polls to provide soft landing for the expected flag bearer of the national ruling party and the current President of the Federal Republic of Nigeria Dr. Good luck Jonathan.

Jonathan it would be recalled has neither declined or declared his intention to seek reelection in the January 2015 general election. Sadly, the political opposition in Nigeria has spectacularly failed to set up scholarly think tank made up of find minds to proffer alternative solutions to the prevailing state of insecurity in the North East which it controls both in the executive and the legislative arms. Nigeria's political opposition indulge in playing huge political gambits with the state of insecurity threatening the territorial integrity of Nigeria.

Back to the bone of contention concerning whether election will hold or not in the North East if insurgency continues, those In the opposition political bloc who believe President Jonathan is scheming to run say his body language shows clearly that his ambition to be reelected in 2015 is overwhelming. Incidentally, supporters of the current President whose hidden ambition to run as the Presidential flag bearer of his party with largely hand picked national hierarchy has divided the once formidable national party, are bent on ensuring that President Jonathan is returned elected.

The intensity of the contest among the ruling national party on which section of Nigeria should produce the next Presidential candidate which led to the formation of a break away faction [New PDP] that later merged with other opposition parties that coalesced into the single largest opposition political platform the All Progressives Congress [APC] has also been played up in the kinds of reactions that have emerged following the warning of the possibility of not holding election in the terrorism afflicted North Eastern states come 2015.

In a surreptitious attempt to put a lie to the fear expressed by the electoral commission that the ongoing insurgency may deny the electorate of the affected states of their constitutional civil and political rights in the coming national election, the Yobe state government staged a choreographed local council polls during which time no incidence of terrorism happened and indeed the newly formed All Progressives Congress which controls the state staged a successful but massively dramatic political rally in the trouble spot of Damaturu, Yobe state.

The local council poll that followed resulted in the eventual emergence of the All Progressives Congress [APC] as the winner in all the councils which means that even though the state indeed produced the nation's junior finance minister who is a card carrying member of the national ruling party [PDP]and also the immediate past national women leader Hajia Chiroma who now holds a strategic Federal Board appointment under the current Jonathan administration could not even win their local councils of origin.

The Yobe political scenario that played up in the just concluded local council polls may have achieved two points in the thinking of the opposition All Progressives Congress namely, that the Independent National Electoral Commission need not fear to conduct the general election in January 2015 in the North Eastern states even with the disturbing phenomenon of violent terrorism attacks and secondly that the opposition political platform which gained Adamawa state with the cross carpeting of the PDP produced Governor Murtallah Nyako with the possible decampment of the former Vice President Alhaji Atiku Abubakar to the fold of opposition politicians, it may as well be appropriate to admonish the national ruling party to begin singing nunc dimitis [it is finish] as long as their political fortune is concerned in the coming election. How true are these political conjectures?

However, while career politicians continue to debate the merit and demerit of the threat by the electoral panel not to go ahead with election in January 2015 in the North East if the terrorists attacks persist, it is noteworthy to observe that the usually media omnipresent Nigerian military establishment has not said a word regarding the national security implication of the possibility that the violent insurgency by the dreaded armed Islamic rebels [Boko Haram] could hamper the smooth conduct or indeed undermine the holding of election in all parts of Nigeria giving the fact that the constitutional mandate of the Nigerian military is to protect the territorial integrity of Nigeria and effectively safeguard the national interest of Nigeria and ensure that constitutional events such as the coming national election is not unduly sabotaged by armed insurrectionists.

The hierarchy of the Nigerian Armed Forces may have deliberately overlooked the obvious fact that if the next general election is in any way undermined leading to it not being held in any part thereof then the sovereignty of Nigeria can as well be adjudged diminished. This scenario must be avoided by all legitimate means. How do we feel as a sovereign state to wake up one morning to find out that some armed hoodlums who indeed crumbled the Maiduguri international airport by a barrage of successful attacks [in December 2013] leading to its closure to air traffic for three months [till March 2014] can successfully impede the conduct of election in over five states of the country with significant electorate?

Now a basic question to be asked is why the Nigerian armed forces has yet to implement comprehensive and effective combat strategies to clearly demonstrate to all Nigerians that it is capable of eliminating any major terrorist threat that may indeed scuttle the coming election in any form, shape or nature or indeed any criminal and rebellious activities by any armed hoodlums that will stop the constitutionally empowered electoral panel from holding election in all parts of Nigeria simultaneously.

Why was it possible for the Iraqi and Afghanistan governments to have successfully organized national elections amidst civil wars whereas Nigeria that has over the last two years started fighting the armed insurgents in the North East not being able to confidence building measures to enable election that is one clear calendar year away from holding successfully in Nigeria? Where have all the Billions of public fund said to have been invested in procuring state of the art security infrastructure to change the security architecture of Nigeria to battle terrorists gone to? Have the massive defence budget of Nigeria been stolen in 2013? Nigerians need answers to these critical posers.