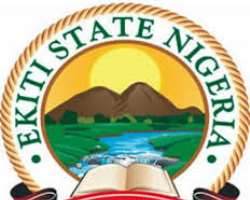 
Chairman of the Board of the Broadcasting Service of Ekiti State, BSES, Sesan Ogunro, was killed by unknown gunmen on Sunday night in Lagos.

According to reports, the deceased was returning from his church's Christmas carol service with members of his family at about 10 p.m. when they were attacked by the gunmen, suspected to be armed robbers.

The incident took place  in front of the church located at the back of Marwa Garden in Alausa Ikeja. He was rushed to a nearby hospital where he was pronounced dead at about 12.45 a.m.

Ogunro was in his 60s.
He was the  Managing Director/Chief Executive Officer of Eminent Communications Limited, a leading advertising agency in the country before he was appointed BSES chairman.

He is survived by many children, including Fade, the Beat FM on-air-personality and Sesan Ogunro Jnr.

The Ekiti State Governor, Kayode Fayemi, has since visited the family of the deceased where he expressed shock at the incident.

According.
Ekiti State Governor, Kayode Fayemi,in  a statement by his Chief Press Secretary, Olayinka Oyebode, on Monday,  described Mr. Ogunro as a thoroughbred Ekiti son and a professional, who identified with his people wherever he found himself.

According to him, ogunro  contributed immensely to the development of Ekiti State in the area of economic empowerment of Ekiti indigenes and through useful advice that assisted in taking the state to greater heights.

The governor wondered why a harmless person like Mr. Ogunro could be killed in cold blood.

'We are appalled and shocked by this gruesome murder of an Ekiti shining light who was a role model to the young generation,' Mr. Fayemi said.'He believed in hard work and rose to the pinnacle of advertising and marketing communications.

'His sterling qualities inspired our administration to appoint him as the chairman of the state broadcasting service and turned around the fortunes of the corporation within the short time he held office.'

Describing Mr. Ogunro's death as a monumental loss for the government and people of Ekiti State, the governor assured that those who committed the crime should not be allowed to get away with it.

He also urged all relevant security agencies to work hard and ensure that the killers of the BSES boss were brought to justice within the shortest possible time.

'We urge security agencies to do everything humanly possible to bring the perpetrators of this dastardly act to justice', the Mr. Fayemi said.