After the strike - The Nation 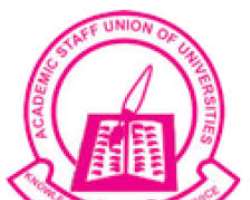 Now that the about six-month old strike carried out by the Academic Staff Union of Universities (ASUU) has been finally called off, it is important for the nation to assiduously seek ways of reducing a recurrence to the barest minimum.

The ASUU strike has cost Nigeria very dearly. The educational careers of thousands of university students have been extended due to no fault of theirs. As a consequence, more resources will have to be expended in order to complete them. Seminars, conferences, workshops and other meetings scheduled for the closed institutions were cancelled, suspended or relocated, to their detriment. The huge influx of idle and disenchanted youths on to the country's streets has had negative social consequences as well.

The Jonathan administration has also been adversely affected. A government headed by a doctorate degree holder and former university lecturer was unable to show the necessary flexibility, tolerance and honour that were vital to ending the strike. Like previous administrations, it ignored several warning strikes, refused to talk with ASUU in good time, and resorted to threats and ultimatums when it was obvious that it was in the wrong.

If debilitating industrial actions such as that of ASUU are to become few and far in between, there will have to be a change of attitude by all parties concerned, namely government, unions and the citizenry. Government has to begin to accept that the right to withhold labour is an inalienable right in a participatory democracy, and must therefore stop treating those who embark on legitimate strikes as saboteurs or traitors. Rather than adopt a counter-productive hard-line attitude, government should learn to be proactive, and focus on resolving the inequities and misunderstandings that are at the root of most strikes.

The country's labour organisations must undergo a similar change of heart. Despite the authenticity of their grievances, unions resort too often to thuggish behaviour in order to make their point. During the just-ended ASUU strike, for instance, there were cases of so-called 'activists' ejecting students and lecturers from classes in order to enforce the strike. There can be no justification for the use of force; it is hypocritical for unions which decry government heavy-handedness to resort to it themselves. Indeed, such tactics enable government to sidestep the real issues of the strike and focus on the ostensible maintenance of law and order.

Nigeria's citizenry has long been at the receiving end when governments and unions clash. They are the worst affected by the withdrawal of labour. They are the ones who suffer most from government intransigence. After the dust settles, they are expected to pick up the pieces of their lives and carry on as if nothing happened: it is significant that while ASUU members will be paid for the months when they were on strike, no compensation has been announced for the students or their parents and guardians, even though they bore the brunt of the dispute.

The people of Nigeria can no longer afford to be passive while others disrupt their lives. Instead of just pleading with the belligerents to resolve their issues in the interest of the nation, citizens should seek to become more involved in the issues at stake. In the case of the ASUU strike, for example, nothing stops citizens' interest groups from demanding regular updates on how government allocations to universities are spent. In the same vein, if citizens had shown more than a passing interest in matters that affect them, it would have been impossible for successive governments to bring the universities to the deplorable state that they are in today. It is ridiculous that the mass of the citizenry are so cut off from issues which affect them so deeply.

We must note that ASUU did not believe the President's guarantee that N200 billion had been deposited in the Central Bank. if a president's word lacks credibility, then it reflects deeply on the sort of leader at the helms in Nigeria. ASUU had to secure a signed guarantee. Very tragic indeed.