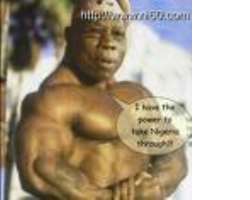 In Christianity, when people forsake their wrongs, turn a good leaf and preach to others to stop doing evil, that individual is said to have been born again, for old things have passed away and he/she has become a new person. This was the first thought that dropped in my head when I read ex-president Olusegun Obasanjo's letter to our 'Bad' president Jonathan preaching to him to turn a new leaf "before it is too late" and I have to confess it had me and my father discussing and thinking as to what the inspiration could be behind the heart-rendering advice. We had come to different conclusions but mine remains that baba Obasanjo just got born again (probably overwhelmed by Mandela's eulogies) and so he's preaching the 'gospel' of leadership to our president. On this shall we discuss and I crave your indulgence to give me the benefit of the doubt even as I beg you to take away the typical 'Nigerian Cynical nature' as I pour out my mind. Interestingly, I am an intelligent, qualified but unemployed youth at the moment so pardon me if this dissertation gets a little feisty.


I remembered the harrassment from the Nigerian police that I and patriotic colleagues of mine suffered when we wanted to go cast our vote during the 2011 presidential elections. But for what now! This? Anyway, today isn't about me or my colleagues whom the police harrased, today is about two people who have been blessed to rule this country. One apparently now born again, the other languishing in sin. With the born again one preaching to the sinful one to rise over this sinful nature, forsake his badness, forsake individual enrichement and chase the good of the people because in truth, till the day we all die, whatever we do shall be talked about during and after our life. The great Mandela's story should give us something to think about. Life is just too short for all these nonsense.

I like General Obasanjo as Wole Soyinka calls him. I like him because when it comes to Politics, he knew what he was doing. He was a leader, well respected in some quarters and well feared in other quarters. He was the leader in which few people that ever stood up to him became objects of malicious houndings. Several years ago there was a revolution in Ghana and the cabals that had eaten their country dry were executed, stabilization returned and with it economic reforms, we all know the end story. We know about the mass movement of firms from Nigeria to Ghana, we know of the emigration of Nigerians to Ghana, we know of the celebration of stable, uninterrupted electricity supply, we know of the success in the redenomination of their currency and the stemming of inflation and hyper- inflationary pressures which existed before the exercise. It took two things to make all these and more happen. 1. The people respected Jerry Rawlings and 2. The people believed in him. Back to Obasanjo, I know that we as a Nation would never have another democratic president like Chief Olusegun Okikiola Aremu Obasanjo again and so my heart bleeds because it just means that the transformation from our present state to where we ought to be as a nation might take longer than we want to believe.

Goodluck to Goodluck!
N/B- Some of us aren't from the APC or any opposition party you might want to attach us with.

Disclaimer: "The views/contents expressed in this article are the sole responsibility of the author(s) and do not necessarily reflect those of The Nigerian Voice. The Nigerian Voice will not be responsible or liable for any inaccurate or incorrect statements contained in this article."
Articles by Wole Opesanmi
19-12-2013  The 'born Again' Obasanjo25-10-2013  Can True Religion Really Breed Wickedness?