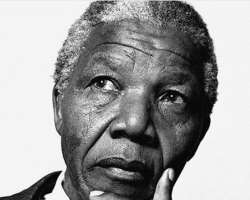 "Mandela was filled with humility, forgiving spirit and the ability to unite people, sharply contrasted with the utterances of some politicians who speak as if 'Nigeria is their bedroom' from where they make proclamation and intimidate others." Goodluck Jonathan of Nigeria.


When President Goodluck Jonathan made the above praises after the demise of Nelson Mandela, the weight of the message was not realised until after a leakage of a letter addressed to him from former President Olusegun Obasanjo.

Meanwhile in his tribute Chief Olusegun Obasanjo stated that “we all have the opportunity to act nobly in whatever position we find ourselves. When we teach our children the lessons for tomorrow, let us be reminded of the lessons Mandela gave the world in forgiveness and forbearance.”

Those who read between the lines, considering the rapid turn of events within the period, would realise by now that beneath the tributes are political grandstanding and Public Relations (PR) strategies by leaders in their deliberate effort be relevant and be so recognised. President Barak Obama of America seemed to outshine others in his tribute and actions during the memorial on Mandela in South Africa.

Nelson Mandela was an embodiment of great public relations: charming, charismatic, eloquent and convincing in his approaches. While protecting the interest of his people, he was harassed and jailed for 27 years before his eventual freedom and election as President of his nation.

He was a great communicator who used his power of oratory and conviction to mobilise and move his people to action. He dignified himself in and outside the office, such that he eased the task of reputation managers. Ironically, in other climes such reputation managers who go with such titles of spokespersons or media advisers deserved to be managed from wrecking havocs on the image of their principals.

Going by the International Public Relations Association (IPRA) code of Conduct, the anti-Apartheid icon, who died at the age of 96, exemplified all the attributes of PR person. The IPRA Code is an affirmation of professional and ethical conduct for communicators. The new Code which was adopted in 2011 consolidates the 1961 Code of Venice, the 1965 Code of Athens and the 2007 Code of Brussels.

The code urges communicators to observe the principles of the UN Charter and the Universal Declaration of Human Rights and act with honesty and integrity at all times so as to secure and retain the confidence of their people. During his life time, Nelson Mandela insisted on the human dignity and respect for human right which engineered his struggle for the emancipation of his people from colonialism.

While PR communicators are enjoined to establish the moral, cultural and intellectual conditions for dialogue, and recognise the rights of all parties involved to state their case and express their views, Mandela garnered more friends as he embraced his adversaries wholeheartedly. It was indeed ironic that all those who had fought him and called him terrorists were among those singing his praises while he was alive and after his death.

While IPRA urges its members to be open and transparent, and to avoid any professional conflicts of interest, Mandela's reluctant to seek for extension of tenure was one of the indicators that he had no hidden agenda. In some countries, especially in Africa leaders perpetuate themselves in office for immunity from prosecution for their misconducts. He was a selfless leader, who rather than making money for himself as a lawyer and politician, he was busy counselling the world on the necessity of living peaceful.

The IPRA code of conduct strongly admonishes communicators to honour confidential information provided to them. As a former President of South Africa, Mandela must have had the privilege of accessing information on those involved in his incarceration and the killing of blacks during the war against apartheid and colonialism. He never allowed those privilege information to influence his sense of judgement as a leader who was neither petty nor vindictive.

Deception and misleading information for political patronages are attributes of propagandists who led their followers and communities astray, Nelson Mandela was a sincere and honesty communicator who bare his mind openly without any aura of arrogance and intellectual supremacy.

Mandela avoided unnecessary controversies as a man of peace. He was very mindful of his utterances, actions and the kind of friends and allies he related with during his sojourn on earth. As a global role model, every word he uttered was loaded with lessons and power to mobilise people to good causes.

He is being celebrated not only for being a freedom fighter but for his spirit of public relations and communication skills. We can obtain any qualification such as Law, Accounting, Medicine, Engineering, journalism, architect, politics among others, but we may need to imbibe elements and principles of Public Relations like Nelson Mandela to communicate truthfully and convincingly to win the supports of our targets.

Indeed Mandela, the pride of African and black race was truly a PR Man of the Century.