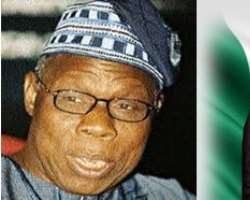 One sure sign of leadership is attacks from enemies and disguised enemies. Disguised enemies are the type Jesus referred to as sheep in wolves clothing. The President of the Federal republic of Nigeria, Dr. Goodluck Ebele Jonathan, GCFR as a leader, is not immune from these attacks, whether from no-longer relevant ex-Presidents and those getting ready to jump ship to be able to run against him in 2015. The circumstances surrounding his assent to the number one position in the country and his election in 2011, all point to the fact that if well-managed, he will leave a great legacy like no other president before him.

One may expect attacks from enemies, but not friends. You may expect strangers to vilify you, but not people in your own house. The recent attacks are coming from within the President's party, or at least from those who have yet to officially switch political parties.

Speaker, Federal House of Representatives, Hon. Aminu Waziri Tambuwal has thrown two salvos on the President: one concerning the executive shielding oil this and a second about the State of corruption in the country. We are not unmindful of the corruption surrounding the members under Tambuwal's watch, including the Femi Otedola vs. Farouk Lawal matter. His predecessor has also gone down in history and the youngest Speaker to have allegedly looted more money in the history of the House. These cases may have entered the Nigerian proverbial “voice mail.”

Chief Gen. Olusegun Obasanjo (rtd). a.k.a. “Baba” has never been known for his finesse or class in choosing his words. After his exchange with former Military President Ibrahim Babangida (IBB) and his former Vice President Atiku Abubakar in 2012, eighteen (18) months ago Obasanjo went on a tirade that “today rogues and armed robbers are in the States Houses of Assembly and the National Assembly.” See my article entitled “Obasanjo vs. Rogues & Armed Robbers” because he also accused the judiciary of being corrupt.

In another article that was published in January this year, I stated “The question that needs an answer is whether OBJ and GEJ are on a collision course.” This was in my article titled Obasanjo vs. Jonathan. The burning issue then was on the handling of terrorism or insurgency. Obasanjo's history was written in the bloodshed in Odi where he ordered the total annihilation of the village in November 1999 over some militancy issues and two years thereafter in Zaki Biam when he ordered soldiers to kill more than 100 civilians from dispute over siting of local government headquarters.

This past week, Obasanjo has again come out to make statements that are not very “presidential” clearly answering my question in the affirmative. Obasanjo warned the President to act “before it is too late.” Obasanjo in his 18-page letter stated that “Allegation of keeping over 1000 people on political watch list rather than criminal or security watch list and training snipers and other armed personnel secretly and clandestinely acquiring weapons to match for political purposes like Abacha and training them where Abacha trained his own killers, if it is true, it cannot augur well for the initiator, the government and the people of Nigeria.”

Their primary role is to advise the President, and I believe the advice is supposed to be in private, not on the pages of national newspapers. Anyway, Obasanjo also could have waited and discussed with the President it in their now infamous subsequent dinner meeting in Kenya. Anyway, OBJ chose to publish the letter.

Obasanjo used a troubling Yoruba adage that says: “The man with whose head coconut is broken may not live to savour the taste of the succulent fruit.” I hope that was not a literal threat to the President. However, it must be taken together with the statement of “before it is too late” and the statement “it cannot augur well for the initiator” to see that it is a loaded letter with hidden meanings that requires us to read between the lines. We already know that many northern politicians have stated that there will be bloodshed if Jonathan runs in 2015.

Another former Northern Head of State had last year talked about “dogs and baboons” after they had previously threatened that they will make the country ungovernable for the President. The President should double his security details. The rest of Nigerians must rise up and let these people know that they do not have a monopoly on violence. The expression is that if there is nothing that you are willing to die for, then your life is not worth living. The youths must stand up against god-fatherism, politics of impunity and any attempt to use threats to interfere with our rights of suffrage.

Obasanjo apparently added towards the end of his letter that, “Democratic politics admits and is permissible of supporters and opponents. When the consequences come, those who have wrongly advised you will not be there to help carry the can. Egypt must teach some lesson.” Obasanjo as a former military Head of State and ex-President has still not learnt the decorum that is expected of a former President. The office of the presidency must be held in high esteem and those that have previously occupied it, must endeavor to keep it prestigious by watching their utterances. While Obasanjo wants us to learn from Egypt, he should also learn from how the American ex-Presidents comport themselves.

We don't even have to go outside the shores for lessons on the dignified way ex-Presidents speak. Gowon and Abdulsalami are here with us, not to mention late Dr. Nelson Mandela that everyone was recently extolling his virtues. Amazingly enough, Obasanjo is allegedly a traditional ruler, besides being almost an octogenarian elder, who should be able to call his great-grand-child to the side for advice.

These salvos are some of the reasons why many of us have now joined the campaign shouting from the roof tops, “Goodluck Run! Run for a second term in 2015!”

The country belongs to all of us.