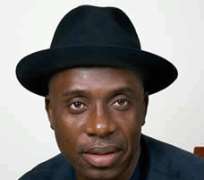 From the look of things, it does not require the help of a soothsayer to tell the world that the Peoples Democratic Party, PDP, has been regretting and also fighting already lost wars of vendetta against the G-5 governors. There is no gainsaying the fact that the PDP has left its obligations for fights of the governors, which were the imminent behaviour it exhibited that compelled the governors to pitch their tents with the All Progressives Congress, APC, which is today receiving ovations from many members of the public for dazing the PDP diplomatic uppercuts.


If you have seen a wounded snake in the bush before or have wounded one yourself and took a very keen observation of her, you would notice that she bites every object on her way; or if you have seen an entrapped dog before, you would notice that she cries more than any wailing group of persons. These are better ways to describe the drive of the once self-acclaimed largest party in Africa, known as and called the Peoples Democratic Party.

Since Governor Chibuike Amaechi of Rivers State and four of his fellow governors moved from the perceived problematic PDP, to the All Progressives Congress (APC), the PDP has not concealed its open regrets. Even when many legal luminaries had said before and after Amaechi and co moved out of the PDP that they have a right for free association, the PDP is going to court of law to seeing that their seats are declared vacant.

Weighing less than 20 pieces of silver in the public scale today and ebbing to total collapse if urgent strategy is not put in place to rehabilitate the leadership, the PDP has to understand that Nigerians are not happy with the shoddy level it has kept them in for over 14 years it took power and was not ashamed to vow that it would rule the country for 60 years. And when people like Gov. Amaechi who are part of the government in Nigeria talk that Nigeria has not been moving forward in the area of good governance, the PDP-controlled presidency calls for their heads.

Upon that, there are emerging voices telling the world that the PDP is an anarchistic institution. If not for regrets and its anti-democratic ways of “do or die” governance, the barefaced quest of the party also, to ask the court to array the Houses of Assembly of the affected states to impeach the governors, would not be heating up the polity.

The discreditable side of the PDP is that it refused to address almost all the issues raised by the former G-7 group as the reasons they were not happy with the party before five of them genuflected. Gov. Amaechi for one told the world that the reason the G-5 governors moved to the APC, was because Mr. President failed to resolve the issues the G-7 governors had raised, hence they took a position. The PDP did not go to court to ask Mr. President why he was unable to meet the requirements of the governors, but here is the party exposing itself to the gallery for public ridicule.

As these governors have taken a position in the APC, the PDP should stop making cajoles of itself with the thought that the governors would come back to their vomit with the threat of a court action. These are men of timber and caliber who must have consulted widely before they make that move. For Gov. Amaechi, he had said that one of the reasons he left the PDP was when he looked at the general interest of Rivers State, because he was not elected as president to lead Nigeria, but as governor to lead Rivers State.

Unlike the PDP and Mr. President, Gov. Amaechi has no personal antagonism with the two. Political calculators knew that those calling for Amaechi's head for telling the leadership of the country where it should get things right, were only doing so out of sheer sentiment that Mr. President perhaps said that he went to school without shoes or because he said that he is a PhD holder or because he is from the South-South region. The PDP did not go to court to ask Mr. President the reason Rivers State continued to lose her oil wells in some parts of the state like Etche and Kalabari. The PDP did not see these inimical acts as affecting the Rivers masses. It, perhaps, thought that the former oil wells in Rivers State that were given out to other states, would affect Amaechi alone.

The PDP is bent on using propaganda that Amaechi has joined the party which one of the leaders is said to be a man who encouraged his people to kill Rivers people in the North. If agents of the PDP want this to hold water, then what the people in this line of thought do not take into cognizance is that if Amaechi should be persecuted for joining APC now seen by detractors as a party of one of those who allegedly killed some Rivers people in the North, what do we make of the man from Aluu whose preoccupation during the Biafra/Nigeria war was making sure that Rivers State was carved out of the old Eastern Region and made a state in favour of the North? Gov. Amaechi should be praised for the position he took in joining the APC in order to give room for peace. Notwithstanding, if there is any person or party today that is still making problems in and out of Rivers State, that party is the PDP and some of its members.

Gov. Amaechi has a way of surviving in troubles, which no person should think that his joining the APC would bring to an end his political career. His developmental activities might be diminishing in Rivers State, but from accounts it was noted that the federal allocations to the state has also diminished. No one should think that Amaechi has taken Rivers State back to slavery by joining the APC. Afterall, no member of APC has been recorded as the leader or part of the troubles orchestrated against Amaechi in the state, but some Rivers persons who want to slave the state by magic or design, hence they pose in making sure that the governor is removed for them to have their ignoble and inglorious way to manipulate the state. It is unconstitutional for anyone to say that Mr. President must test power for 8 years for fairness, equity and justice to play in the six regions of Nigeria.

But to Amaechi, he sees as ignorant and self-seeking those who line their political perception on the margin of religion and ethnicity. This is just the bane of the PDP and the reason it has lost out even though it still brags as the leading party. The PDP has become a victim of its manipulation, but is only shy to make the world know that it is regretting, except through its vendetta language we can read. Therefore, the PDP should stop extending Everest frustrations towards Nigerians by ways of heating up the already crimsoned country it is the cause of its perils since 14-yrs it calls the shots.

It should stop seeing the frustrations it is mounting on its government-impoverished Nigerians as a PDP vs. APC affairs. It is becoming all Nigerians affairs. It should stop running Nigeria's affairs without a heartfelt destination. The PDP should know that Nigerians have not experienced the freedom they wanted after the military left power. The PDP should know that Nigerians may one day rise against it regarding this matrix: "It's better to die fighting for freedom than to live life in chains" of the PDP.