Re: Femi Fani-Kayode; the deceptions of Yemisi Aderogba 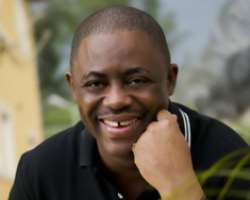 There is no doubt absolutely that Omoyele Sowore, publisher of saharareporters.com has distinguished himself creditably in the practice of online media, despite intimidation, victimization, death threats etc from those perceived to be haters of truths, who have destroyed and ruined our nation, politically and economically. His undergraduate days as student union President in University of Lagos, will also speak volume of his commitment to the path of truth emancipation of the oppressed. Similarly kudos should also be given to other operators of online media who have put their lives and career on the line all in the name of sheer determination of telling the truth and exposure of hidden facts of highhandedness and corrupt practices of our leaders; I think it is just right to acknowledge the likes of huhuonline.com, elendureports.com, pointblanknews.com, sharpedgenews.com, AfricanSearchlight, 9jabook.com, AfricanExaminer, UkpakaReports, Villagesquare, ThewillNigeria.com etc.

Meanwhile, I have read with disdain the article which was published by saharareporters.com on Saturday 6th of March 2010, captioned—''How Responsible A Father Is, Mr. Femi Fani-Kayode?'' and purportedly authored by one Yemisi Aderogba. The claims made by her in the report was not just spurious, deceptive, irresponsible and malicious, but a calculated political vendetta meant to malign, mudsling and pull down the good name built over the decades by the famous, responsible and reputable family of Chief Femi Fani-Kayode. With due respect I think someone need to inform the author of the article that saharareporters.com squarely represents good investigative and thorough journalism work and will not in any way engage itself in any cheap publicity to cause unnecessary distractions. There are thousands of issues that are still screaming for attention which the public needs to know as it relates to our current national life; one would have expected Ms/Mrs/Miss Yemisi Aderogba to devote her energy in exploring such issues of national interest, rather than spreading falsehood, deceptions and fallacies to the public and making them look real, all for political and selfish gains; excellent journalism doesn't work that way, this is highly unprofessional and unethical. I believe it is extremely unfair, callous and ungodly for anyone to intrude or hack into Chief Femi-Fani kayode's Facebook account with the intention of painting him and his family in a light they don't represent.

We are all aware that Facebook is a social network where friends get connected to one another for exchange of ideas, pleasantries, picture posting, and building of comment thread on varying and interesting topical issues. Chief Fani-Kayode believes that is a medium for him where he could unwind and meet with old friends from schools, churches, etc. Apart from that, Chief Femi Fani-Kayode out of his deep sense of humility and respect for his fellow human irrespective of their status and background, he chose facebook as one of his channels of communication to both his local and international fans. He is truly a man who has over time displayed some measure of regard and respect for the downtrodden in our society even when he was actively in government, unlike other politicians and highly influential figures in the society who treat them with disdain. It is obvious therefore that this writer is apparently riding on somebody's back, because from all indications she is not a friend of Femi Fani-Kayode on the said social network (facebook) and even on his open fan page. May be this woman still need to explain to the world how she was able to access Fani-Kayode's profile and get those pictures of his family members especially those of his innocent daughters. These are children who are well trained with best education; and even at their tender age, they have not only done their parents proud but the country at large in their chosen careers. Please try and get a life Yemisi Aderogba and leave Fani Kayode alone. If there are nude pictures please post them so that we can all see. I am his friend on facebook and I have never seen any form of nude pictures. Besides these pictures also exist on the photo albums of his daughters, and Femi Fani Kayode's personal website www.femifanikayode.org, so why should you be misinforming the public.

It is instructive to also clarify that the author of this malicious publication and his biased commentators should understand that these are all young ladies between the ages of 19 and 23, so what on earth is all about this fuss? Again some idiot is talking about Yoruba culture. Who defines that? Are we to behave and think like villagers in the name of culture? Fani-Kayode represents meaningful and purposeful change. He is the modern day Yoruba man and that is why he is on facebook and he is not hiding anything from the public domain, he doesn't believe in secrecy. Nigerians please wake up and stop being so petty. Again, the world is moving on and leaving you all behind because all you do is try to destroy our brightest and best in the country, like Fani-Kayode. That was why the world laughs at us. We are living in the 21st century and this is a globalised and free world. Whose business is it what pictures anyone publishes on his facebook page anyway? No matter who or what he is, he still has the right to privacy and so do his children. You may not like him but clearly the assertion that these are nude pictures is just a blatant lie. For records those pictures are certainly not nude pictures. They are just shots of 3 beautiful young ladies having fun in their privacy and living their lives. You have children of your own. Please leave these ones alone and invest your time and energy on something productive which you are paid for as an investigative journalist.

However, some of us are not surprised at all that this attack came this time from these enemies of success, having failed initially in their plot to silence Chief Femi Fani-Kayode in the political scene, especially in his ambition to becoming the Osun State Governor. It is indeed uncharitable for anyone to compare Farouk Muattalab extremism tendencies with that of Fani Kayode's children. Fani Kayode did his best meritoriously as Special Adviser to the President, and as Minister of Culture and Aviation respectively in the immediate past administration, records don't lie. I will also not be alarmed that it is the forces of corpsocracy that is at work here, since the fearless and dogged Fani Kayode has remain resolute in telling the truth everyday of his life, http://234next.com/csp/cms/sites/Next/News/5519606-183/corpsology_umarus_gift_to_the_modern.csp. Meanwhile, I must commend saharareporters.com for its objective stance on this issue and for giving Chief Femi Fani-Kayode opportunity for redress so that lies and deception don't metamorphose to be true, as erroneously intended by Yemisi Aderogba,http://www.saharareporters.com/articles/external-contrib/5441-how-responsible-a-father-is-mr-femi-fani-kayode.html.

Idowu Obasa is a social crusader/commentator and an alumni of University of Lagos, Akoka Yaba, Lagos. [email protected]