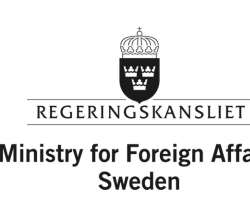 STOCKHOLM, Sweden, December 4, 2013/African Press Organization (APO)/ -- The government of Sweden announced on 3 December 2013 the launch of a new trade facilitation training facility in Arusha, Tanzania. The Swedish government, through its development agency Sida, will provide an initial grant of approximately 1,6 milj USD per year for 2014-2015.

The WTO, the UN Conference on Trade and Development (UNCTAD), the World Bank and the International Trade Centre (ITC), will participate in the development and implementation of the training facility and its forthcoming training programmes.

The facility will provide training for participants from Africa, with a special focus on least-developed countries (LDCs). The training activities will support participating countries in implementing a future WTO Trade Facilitation Agreement, which aims to reduce bottlenecks and improve procedures for the flow of goods across borders. The facility responds to the need for better coordinated and targeted training for government officials in Africa.

The facility will also provide a platform for African government officials and customs officers to exchange experiences.

"The Trade Facilitation Agreement represents huge potential gains for developing countries. The facility will help African countries unlock this potential and is yet another confirmation of Sweden's commitment to Aid for Trade," said the Swedish Minister for Trade, Dr Ewa Björling.

Trapca was created in 2006 as a collaboration between the Eastern and Southern African Management Institute (ESAMI), Lund University, and Sida. Sweden has supported trapca continuously since then.

Trapca conducts training in trade policy through short courses as well as a master's course. The centre caters mainly for LDCs and the goal of the operation is to increase the trade policy capacity to negotiate and implement trade agreements in the region. Trapca is housed in ESAMI's facility in Arusha, Tanzania.

Trapca already has extensive experience in providing tailored training courses in cooperation with, for example, the World Bank and the World Trade Institute and regional players such as SADC, COMESA and EAC.