ASUU vows to continue with strike 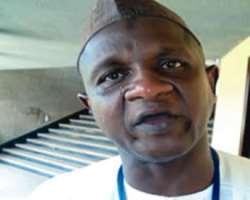 
The Academic Staff Union of Universities (ASUU) on Monday made light the threat by the Federal Government to sack lecturers who failed to resume duty by Wednesday.

The body of academics vowed to continue with their ongoing strike until the Federal Government meets all its demands.

ASUU President,  Nassir Fagge, at a press briefing in Abuja,  described the ultimatum by the Supervisory Minister of Education Nyesom Wike to the lecturers as a tragedy.

Fagge said,'We shall bow only to what we as academics are convinced will serve the interest of Nigeria and its people, no matter their ethnic, religious or class origins. This is where we stand. We shall never be cowed'.

The current ASUU strike is more than five months old.

However, reports indicate that despite the union's pledge to keep public universities shut, the Adekunle Ajasin University, Akungba Akoko (AAUA) resumed academic activities yesterday, while the University of Jos (UNIJOS) ordered the resumption of lectures immediately.

But the lecturers of the University of Uyo are backing  ASUU.

They maintain that  the order by the federal government to resume classes, failing which they would be sacked, was not binding on them.

'The strike ends when government implements the agreement as agreed with Mr. President and when we are assured that the government would renegotiate in 2014. 'We are convinced that if the government does what is right, very soon, our students would go back to the classroom. If government invites us today, we are ready to meet,' the union said.

Fagge refuted the statements made by Wike that the union presented a new set of demands to the government after the November 4 meeting.

According to the ASUU president, the union  requested the disbursement of the N200 billion agreed to within two weeks, a position, which he pointed out was documented in the Government Paper from the November 4 meeting.

The paper, dated November 6, 2013 and signed by the Permanent Secretary of the Ministry of Education, Dr. Mac John Nwaobiala, on page two read, 'Federal Government shall provide funds for the revitalisation of the university system in the following manner in the next six years: 2013 - N200 billion; N220 would be provided in subsequent years.'

Fagge added that the union demanded the inclusion of renegotiations of the agreement in 2014, which was already agreed upon at the meeting, in addition to a non-victimisation clause in line with international labour standards.

He also explained that ASUU insisted on a proper endorsement of the resolution to make it a binding document after 'the Secretary to the Government of the Federation (SGF) announced to the public and ASUU that the 2012 Memorandum of Understanding - a document authorised by himself - was not binding on government since it was signed by a permanent secretary and was therefore a mere promise and non-binding piece of paper.'

None of these, he noted, were fresh demands, adding: 'The legitimate procedure is that both sides should sign a resolution showing what was agreed and what was not.

'But this is how the Minister of Education expects ASUU to take it. He would want ASUU to accept that the government was doing ASUU a favour, this is wrong.'

Fagge while addressing the issue of the ultimatum by the government for the lecturers to resume work, said that the  union does not play a role in the opening or closure of universities, but would withhold its (ASUU) services as a fundamental right.

When reminded that some schools had already resumed, Fagge said: 'All I know is every ASUU member is on strike.' He also refuted reports that over 60 per cent of ASUU branches voted to suspend the strike.

Flanked by 13 other members of the National Executive Committee (NEC) of ASUU, Fagge confirmed that the union did ask for the four months' salary arrears of its members, which are being withheld as part of the no-work no-pay policy.

The demand for the salary arrears, he said, was predicated on the fact that only ASUU members have had their salaries withheld in instances of a strike, a situation which he described as unfair.

'ASUP (their counterparts in polytechnics) was on strike for five or six months and no one stopped their salaries. Several unions go on strike; no one even threatens to stop their salaries. We cannot be treated as second class citizens in our own country,' he said.