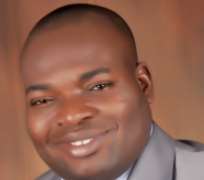 According to Microsoft Encarta Dictionary, “Vidkun Quisling was a Norwegian politician who from 1933 led the National Union Party, the Norwegian fascist party. (Quisling was not his real name - he was originally Abraham Lauritz Jonsson.) When the Germans invaded Norway in 1940, he gave them active support, urging his fellow Norwegians not to resist them, and in 1942 he was installed by Hitler as a puppet premier. In 1945 he was shot for treason”.

Nothing so much resembles Vidkun Quisling's job than the activities of leading Peoples Democratic Party, PDP, members during the recent infamous and inconclusive November 16th 2013 Anambra governorship election. The recent press conference by the PDP National Publicity Secretary Mr. Oliseh Metuh and Anambra PDP State Chairman, Prince Ken Emekayai saying that they have expelled the DG, Tony Nwoye Campaign Organisation, Dr. Osita Ezenwa and DG, Protocols Okey Arinze, for anti-party activity could liken to be an embarrassing dirty jobs of the quislings. Their crime was ever challenging their [Metuh, Emeakayi and co.] sabotage and anti-party activities against the PDP's gubernatorial candidate Comrade Tony Nwoye climaxing with their overriding selfish and politically motivated parochial interests. To the extent that Metuh, Emeakayi and co. were the first to go on air declaring an election that both foreign and local observers said was marred by frauds and irregularities and even Independent Electoral Commission, INEC Chairman Prof. Attahiru Jega discredited and said to have been be sabotaged by even INEC staff?

That some leading influential PDP chieftains from Anambra state and at the centre like Metuh and Emeakayi worked against the Governorship candidacy of Comrade Tony Nwoye, during the recently held gubernatorial elections is no longer news. We strongly averred that the “era of mesmerizing PDPism is over” with the return of internal democracy championed by the PDP National Chairman, Alhaji Bamanga Tukur and party leader, His Excellency Dr. Goodluck Ebere Jonathan. We are surprised that Messrs. Metuh and Emeakayi would just wakeup and purportedly expel DG Dr. Ezenwa and Okey Arinze for telling them the bitter truth that they cannot speak for Tony Nwoye trading away his candidacy. We therefore call upon the fatherly leadership of Ahaji Tukur and President Jonathan to call these PDP quislings to order before they destroy what is left of PDP in Anambra state recently rebuilt and reengineered by Comrade Tony Nwoye candidacy.

Day in, day out; and deep into nightfall, we campaigned side by side with Comrade Tony Nwoye “Okechukwu Anambra” because we know him inside out as a principled and courageous activist-leader who will surely fulfill the contents of his social welfarist manifesto for the betterment of Great Anambra and people.

Comrade Tony Nwoye has a humble begging and rose from grass to grace and has consistently promised that he will if elected Governor of Anambra state carry-out TRANSFORMATION AGENDA and fights crimes by reducing poverty and empowering the youths and women through empowerment programs. He will also pay social benefits to the aged and firstly, cut higher institutions' school fees by 50% and as well to provide free education from primary to secondary school level.

This was the message we the Tony Nwoye Campaign organisation and loyal PDP members along with Comrade Tony Nwoye took to the Anambra electorate for only nine days of campaigns despite the fact that the self-assumed Goliaths and the shameless godfathers he defeated at the PDP gubernatorial primary made us waste a lot of time at the Courts and never let go even after protracted court battles. Yet this Okechukwu Anambra message was taken by the Anambra electorate within the said short interval of campaigns. While we campaigned vigorously for Tony Nwoye, the self-assumed Goliaths and the shameless godfathers worked against us, supporting the All Progressive Grand Alliance, APGA candidate because they felt unsettled that “Okechukwu Anambra” will seal their fate – as godfathers including dirty politics and corrupt enrichment, if elected. This was/is the main reason why Anambra electorate believed in Tony Nwoye and vehemently voted for him that notwithstanding the counter-offensive politics from the PDP's self-assumed Goliaths and the shameless godfathers and Peter Obi led APGA making it possible for the Independent National Electoral Commission, INEC to massively rig in favour of the APGA's candidate Chief Willy Obiano, ComradeTony Nwoye who campaigned for only nine days gallantly came second!

The position of the Tony Nwoye Campaign Organisation remains that we neither saw Ken Emeakayi nor Oliseh Metuh and co. throughout Tony Nwoye campaigns train that transverse the length and breadth of Anambra state nor at the Campaign office and that they lacked the locus standi to speak for Comrade Tony Nwoye who they neither worked for nor has consulted after the infamous gubernatorial election even at the time of filing this report. For this reason and their dubious acceptance of the electoral frauds and irregularities of November 16th while hailing the INEC and shoddy sabotage and compromising Anambra electorate. They cannot speak for Tony Nwoye who has long called for the cancellation of the fraudulent governorship Election! Not when about 700, 000 registered voters including our candidate Tony Nwoye, his wife, parents and sibling, PDP Grand Patron in Anambra state, Prince Arthur Eze and former PDP national woman leader and wife of the PDP BOT Chairman, Mrs Josephine Anenih were criminally disenfranchised because their names could not be found in the INEC's doctored voters' register?

If this was the crime that Osita Ezenwa and co. are to be expelled from Anambra PDP it means that such Ken Emekayi and co are not only “PDP QUISLINGS” but have lost touch with reality and needs redemption. Many attempts have been made to fix Anambra PDP and her quarrelling godfathers but it all appear intractable! Tony Nwoye's Governorship candidacy has given enough hope on how not to only save PDP but reform Anambra politics that peoples' concern will take the lead and if eventually sabotaged as seen happening with the PDP quislings Anambra PDP will be in comatose for the next 20 years with no sign of redemption.

We are optimistic that the November 16th 2013 Anambra governorship election frauds and state sanctioned irregularities will not stand the test of judicial klieg-light. Thereby, maintains the position of our flag bearer Comrade Tony Nwoye that INEC should cancel the infamous and inconclusive electoral frauds and allows Anambra people their rights to freely chose who governs them. Without fear or favour, we restate: Ken Emekayi and Olisa Metuh PDP quislings cannot speak for Comrade Tony Nwoye or for his Campaign organisation and no amount of threats will see us shifting ground until re-run election is carried out across the entire Anambra state.

We have it on good note that with the weighty evidences pointing to massive riggings in favour of APGA's Willy Obiano - the electoral fraud and illegalities,November 16th will not stand the test of time. We call upon all the Tony Nwoye's fans and Anambra electorate to remain of good spirit that Tony Nwoye Transformation Revolutionary Train will eventually take us to treasured land and not to mind Ken Emekayi and Olisa Metuh PDP quislings and their cacophonous noise. Okechukwu Anambra! In God We Trust!