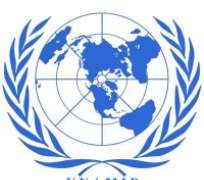 Dr. Chambas briefed the President on the deteriorating security situation in Darfur and the attack on UNAMID the day before (24 November) where one Rwandese peacekeeper was killed by unknown elements. He reiterated the need for durable peace to end this seemingly intractable conflict and shared his plans to engage the non-signatory movements in a technical workshop in Addis Ababa, Ethiopia, in December. He sought the support of President Déby in bringing on board the peace process the non-signatory movements.

President Déby acknowledged that peace in Darfur is essential for regional security noting that the conflict has had grave socio-economic consequences for Chad. He deplored the worsening security situation in Darfur, which had stopped the refugees in Chad from returning to their country and IDPs from returning to their communities. He informed the JSR that the international community needed to be more involved in the peace process and steer the non-signatory movements towards negotiations and dialogue. The President commended the JSR's efforts and assured him of Chad's support and cooperation to the mediation.

The JSR/JCM had recently visited South Sudan as part of a tour of Sudan's neighbors with a view to underscore the importance of inter-regional cooperation to resolve the Darfur conflict not only for its people but also for the peace and stability of the entire region.