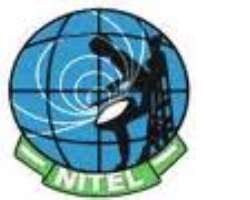 Fresh facts have emerged on how the sale of NITEL was manipulated to favour a preferred bidder. It was gathered that some companies, who have prospects to have won the bid were indirectly excluded in the bid.

The Bureau of Public Enterprise (BPE) had on February 16, 2010 organised a bid for the sale of 75 per cent stake in NITEL/MTEL, in which six companies were prequalified for the exercise. The companies are New Generation Nigeria, (a consortium said to be made up of Nigeria's GiCell Wireless Ltd); Omen International; Brymedia Consortium; AFZI/Spectrum Consortium; MTN Nigeria Communications and Globacom Limited.

Reliable sources, have, however, revealed how sponsors of New Generation Nigeria and Omen International were favoured, working with insider knowledge, to emerge winners. Both companies grossly under-valued NITEL/MTEL, in the first round of the bid exercise, with a bid of $333,000 and $100,000 respectively. Curiously, they raised their offers in the second bid round to $2.5billion and about $1billion respectively.

It was gathered that the BPE was to have publicly announced the deadline for payment of the bid price, but did not. Rules governing the bidding said that the winner has 10 calender days from February 16 to pay 30 percent of the bid price and another 50 days to pay the balance.

Sources said that an indication that the bidding was programmed to favour the winners was the controversy that trailed the exercise when China Unicom, China's second biggest mobile carrier and Minerva FZ, who were sipposed to have been part of New Generation Nigeria and Brymedia, said they were not involved in the bid.

Sophia Tso, a Hong Kong-based spokeswoman for the Beijing-based company, told Bloomberg, a day after the auction, that neither Unicom nor its parent company joined the bid for NITEL. Mark Watts of Telecom Corporation also denied his company's involvement in the bid. 'Telecom New Zealand isn't part of a group bidding for NITEL,' said Watts.

The BPE had insisted that China Unicom is part of the NITEL bid. Quoting a letter from Unicom (Europe), BPE said the company was involved in the bid and that it conducted its due dilligence effectively before the exercise.

Analysts believe that the immediate response of BPE to stand by the process was hasty and self-serving and that in the international norm whenever the unexpected happens, the best to do is to take stock and probe the situation before rushing to judgement. The analyst asked BPE to take a cue from of Toyota, which when the media broke the story of sticky pedals for its brands, the globally acclaimed car dealer did not say it was infallible and could not have made such a mistake, rather, it promised to investigate and fix the issue.

The denial by BPE of the position China Unicom crisis has cast a dark spell on the entire bid process. Said the analysts.

Telecom experts fear that even though the consortium, which won the bid, has claimed that its Dubai partners will raise the bulk of the funding there is a huge doubt on this possibility, fearing that the International of London (IIL) episode maybe be reinvented, when the reserve bidder could not meet its financial obligation to the bid process. They said that United Arab Emirate is stewing in financial crisis.

BPE's Request for Proposals (RFP) protocol, Section 3.1. Sub-section (2), which focuses on alliances by candidates, forbids any companies expressing interest in the process from sharing two subsidiaries of a particular company as partners.

Sources noted that the major challenge confronting the privatization exercise, over the past decade, is the inability of successive preferred bidders to raise either the funds to pay for the bid or the fund to invest in turning the enterprise into the path of profitability. IIL won the bid 10 years ago at $1.3billion, but could not pay the balance after paying the 10 percent initial deposit. Transcorp also had to scale down its plan to acquire 75 percent of NITEL to 50 percent when it could not pay. Eventually, the company could not generate the requisite fund to revive the company.

According to the telecoms experts, NITEL's problem, under the Transcorp arrangement was the technical conflagration. Just before the deal was consumated, British Telecoms, which was to be the technical partners of Transcorp, pulled out, citing irreconciliable differences. A similar development has occured with the exit of China's Unicom from the New Generation Nigeria consortium.

Experts say that as a way out of the quagmire, the National Council on Privatization should act fast to stem the tide.

One expert who pleaded for anonymity said: 'The last bidding was frought with inconcistencies. It's credibility was torn into shreds with the denial of inolvement in the process by organizations that were earlier listed as key partners. Already, the foundation is built on quick sound, no enduring core investor can emerge from such a flawed process, as our experience has taught us, in the last 10 years. With every passing year that we fail to sell NITEL to a competent foreign investor, the fortune of the national enterprise slides into the abyss.

'About 10 years ago, NITEL was valued at about $1.3 billion. Some of the experts who examined NITEL/MTEL before the last bid said their top-end valuations were between $400m and $500m. NITEL's share of the market has fallen drastically and its mobile arm, MTEL now has 0.44 percent market share. Furthermore, a substantial part of its infrastructure is now obsolete! It will require significant resources to revamp the national carrier.'