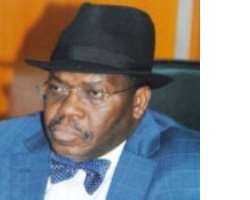 Despite the rage of workers of the Power Holding Company of Nigeria (PHCN) over unpaid exit benefits, the Federal Government is going ahead with the planned handover of the privatised power plants to their new owners tomorrow.

This was disclosed to newsmen on Wednesday by Permanent Secretary in the Ministry of Power, God knows Igali, after a meeting of power sector privatisation stakeholders chaired by Vice President Namadi Sambo at the Presidential Villa, Abuja.

The about-to-be-disengaged workers have been threatening to shut down the nation's electricity supply if they were not fully paid off before tomorrow's hand over ceremonies.

But Igali stressed that government had largely met its part of the bargain in resolving incidental labour issues having settled the severance allowances of 40,093 out of the 47,914 PHCN staff cleared for payment, totaling N214.22 billion.

Of the pension payments, which is the other component of the workers' disengagement deal, N80.29 billion has been paid out of government coffers and currently with the pension administrators of the workers, Igali explained.

Explaining the delays being experienced in paying off the workers, he said the process of certifying and authenticating beneficiaries, biometric data capture and clearance by a special committee was not easy, and needed to be handled carefully as it could be impossible to recover any huge monies erroneously paid out.

Igali disclosed that about 2,500 'ghost' beneficiaries have surfaced, including persons with no record of employment at all with PHCN but who witnesses attested to having worked there at a point, most probably as casual staff.

He described these ones as 'very bad cases', which are however being investigated, as President Goodluck Jonathan has directed that all genuine beneficiaries should be paid.

In Enugu distribution company, 1,478 workers had their biometric data lost to computer virus, while in other places, some persons' data have been duplicated or triplicated, just as others are being hampered by spelling errors and other hitches that must be sorted out, he noted.

The Permanent Secretary also said some workers who have been paid are having problems with their banks, which have been slow in eventually sorting out the payments to their clients.

'Additional 929 other workers from all over the country also had their biometric data corrupted.

'This is a usual thing that happens when you are dealing with such large numbers and we are bringing them to Abuja at the expense of government for their biometric data to be recaptured so that they can be paid their entitlement immediately.

'For example there are cases where people have three names and while filling they put only two names, there are also cases where someone's name is Mohammed and they write Mahmud, so these things have to be captured properly because the amounts are big and we don't want anybody to be paid somebody else's money.

'For such a huge number such delays have occurred and that is why we are accounting 6,000 or so that their cases are still being dealt with out of the 47,000,' Igali added.

He expressed appreciation for the cooperation of labour leaders who have been part of the whole process, and appealed to the about 2,000 outstanding beneficiaries yet to be fully captured, that they would be paid within the next one or two weeks.

Igali also appealed to other Nigerians to exercise patience, as the handover of the power plants simultaneously across the country would signal a socio-economic revolution in Nigeria.

Director-General of the Bureau of Public Enterprises (BPE), Benjamin Dikki, further explained that the current power situation would not change overnight after November 1 hand-over date.

There is need to give room for the investors to bring in equipment and parts to turn around the plants, he said, assuring Nigerians that within the next three to six months, they will begin to experience remarkable improvements.