Chelsea rejoice Mourinho gets the better of Wenger again 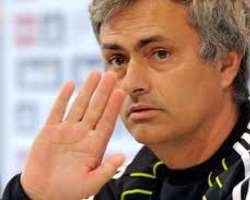 
Jose Mourinho got the better of old adversary Arsene Wenger once again as Chelsea showed their strength-in-depth by reaching the League Cup quarter-finals with a 2-0 win over London rivals Arsenal on Tuesday.

Both teams rang the changes but it was Chelsea’s new-look side that gelled, restricting the hosts to a few sights of goal while consistently threatening on the break and finding the net through Spaniards Cesar Azpilicueta and Juan Mata.

It was a difficult night for Wenger, who enjoyed a simmering feud with the Chelsea boss during the Portuguese’s first spell in the Premier League with the West London side and has now not beaten Mourinho in nine attempts.

Manchester United will also be in the draw for the last eight after overcoming Norwich City 4-0 with two goals from Mexican Javier Hernandez, but there was an upset for Premier League Fulham who lost 4-3 at second tier Leicester City.

West Ham United beat Burnley 2-0 away in their tie with late penalties from Matt Taylor and Jack Collison, while spot kicks were needed to separate Stoke City and Birmingham City.

After the match finished 3-3 and then 4-4 after extra time, top flight Stoke came through 4-2 in the shootout.

CHELSEA’S REWARD
Arsenal and Chelsea reminded everyone of the League Cup’s standing in the list of priorities by making 18 changes between them from their teams that played in the league at the weekend.

Wenger fielded a strong midfield with Aaron Ramsey, Santi Cazorla and Jack Wilshere marshalling the centre circle, but they struggled to make an impact as Chelsea sat back, soaked up the pressure and looked to hit the hosts on the counter.

Mourinho’s side got their reward after 25 minutes when a swift Chelsea break ended with Azpilicueta nipping in to intercept a poor header back by Carl Jenkinson and poking the ball past onrushing goalkeeper Lukasz Fabianski for the opener.

Arsenal, who have testing fixtures against Liverpool and Borussia Dortmund to come in the next eight days, were off the pace and struggled to conjure a chance with Welsh midfielder Ramsey firing their best effort wide just past the hour.

Arsenal’s Germany playmaker Mesut Ozil was summoned from the bench to inject creativity in the second half but within seconds of his introduction Chelsea doubled their lead through Mata.

The mercurial Spaniard, who has been on the fringes of Mourinho’s first-choice team all season, collected the ball on the edge of the area, controlled it neatly and then unleashed a rasping right foot drive into the net.

“The win is very important for our confidence; after beating Manchester City and now Arsenal this week, we feel strong because they are very good teams,” Mata told Sky Sports.

HERNANDEZ DOUBLE
Manchester United pacher Hernandez underlined his value to David Moyes’s team with a goal in each half as the Old Trafford club emphatically booked their spot in the next round.

He opened his account from the penalty spot Leroy Fer was adjudjed to have brought down Adnan Januzaj and then scored with a header at the second attempt 10 minutes into the second half.

Defender Phil Jones rifled in a third after 88 minutes and fullback Fabio put the icing on the cake when he controlled a lofted ball from Wayne Rooney and steered home in injury time.

The match was soured by an injury to Norwich’s Scotland midfielder Robert Snodgrass who was taken to hospital after a clash of heads in the second half.

Fulham looked to have earned a reprieve against Leicester when Giorgos Karagounis made it 3-3 in the 87th minute but Lloyd Dyer slid in to win it two minutes later.

Stoke also had a 3-1 lead cancelled out. Goals from Oussama Assaidi, Peter Crouch and Marko Arnautovic had put them in command, but a late double from Peter Lovenkrands ensured their match against Birmingham went to extra time.

Kenwyne Jones put Stoke back in front, but Olly Lee levelled again before Birmingham’s resistance was ended in the shootout.

West Ham toiled against Championship (second division) leaders Burnley but took the lead in the 76th minute when Jason Shackell fouled Kevin Nolan in the area and Taylor fired home.

Keith Treacy was sent off for hosts Burnley for a stoppage-time foul on Collison who then got up to score from the resulitng spot kick and wrap up the victory.