Beyond the veil of Lekki-Epe Expressway concession right (1) 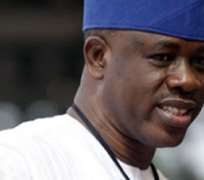 
The Lekki-Epe Expressway concession project may yet have its fair share of accolades as well as disapproval. The recently announced plan to re-acquire the concession rights on the project by Lagos State Government opens up a new vista of debate on the continuing controversies over the project.

The buy-out which has already passed legislative approval and perhaps conceded to by the other parties suggests the failure of the much ailed project among the bourgeoisie. It has remained difficult for the common man, particularly those who are directly affected by the additional tax on their hard earned income, to understand the project as structured.

The reasons why the Lagos State Government decided to buy out the private parties in the concession include; the request by the Lekki-Epe Concession Company, the concession company, to raise the tolling rate on the first toll plaza by 20 per cent from a minimum of N120 to N166 for a car at the minimum; to commence toll collection at the second toll plaza- 10km from the first- at the new rate; and insisting that toll must commence at the second toll plaza to be able to raise funds for further construction, despite the obvious public opposition to such.

According to the LCC, the costs of construction have risen as a result of rising interest rate. There are also unconfirmed reports that the concessionaires wanted to increase the number of toll points to four from three in the concession agreement. The government perhaps thought it wise to step in early and rescue an already bad situation.

The concession right on the road is to be bought at an estimated sum of N25.3bn. N15bn would be expended for the buy-back of the right; N6.8bn to service existing debt obligations and N3.5bn for third-party liability. This is after an estimated N35bn has been expended to construct only 30 per cent of a road, five years into commencement in 2008.

The estimated total cost of construction of the entire road at financial close in 2008 was N55bn with an estimated construction time of four years. At the end of the buy-back, the LCC would become a quasi-private investment company fully owned by the state government and would continue to manage the concession.

In addition to the obvious failure of the project with the attendant implications for public private partnership projects in Nigeria, the decision leaves a number of questions unanswered. The first is, what is the government paying for as asset, when it buys back the concession right from the private partners and what liabilities will it inherit?

The second is, how much of the taxpayers' money would be further expended to complete the road and at what costs in toll fees to the people? Finally, how much has been generated in actual revenue from toll collection thus far and how was it shared between the parties? The answers to these questions should show whether Lagosians are better off with the decision of their government to reacquire this concession right or whether the government has acted on its own interest and its patrons.

Unfortunately, the Lagos State Government has not been forthcoming in providing clear and detailed information about the project since inception and on the current decision. It therefore leaves the public with conjectures and rooms for misinterpretation of its intention. There exists no current official information on the Lekki-Epe Concession project in the public domain.

Both the Lagos State Government and the LCC have refused to make available such information. It appears that governance in the state is carried out in secrecy and Lagosians are fed the information the administration wishes them to know.

The 49.4km road starting from Ozumba Mbadiwe Road in Victoria Island through Lekki and Ajah to Epe was conceived for reconstruction through a public-private partnership arrangement via concession in 2006. The project involves the upgrade, expansion and maintenance of the expressway (Phase I), and construction of approximately 20km of the coastal road (Phase II) on the Lekki Peninsula.

The project is designed as a Build-Operate-Transfer model of infrastructure delivery, under a 30-year concession agreement, after which the asset was to be transferred to the Lagos State Government in good condition. Revenue from toll collection would provide the concessionaire with the cash inflow required to recover the cost of investments, service and repay the debts whilst meeting capital and operating costs.

In addition to financial contribution in the form of a mezzanine loan, Lagos State who owns the road also provided public guarantee, backed by an Irrevocable Standing Payment Order over its statutory revenue on all debts incurred to construct the road. ARM is the key sponsor and strategic technical investor with equity shareholding in the project while Hitech also holds a 'tied' equity shareholding.

In 2008, when the project was brought back to life after a two-year lull, the total costs of the project for which fund was raised was estimated at $460m (N55bn at 2009 exchange rate of N118/$1). Funding for the project was principally through a combination of debt and equity, obtained locally and overseas. At financial close, US370m (N43.6bn) was got in financial commitment from the investors and financiers made up of seven lenders and three equity providers. N11bn was immediately drawn down.

The Lagos State Government committed to N5bn mezzanine loans over a 20-year period in addition to providing a N6.5bn abridged works guarantees as enablers to other financiers. The tenor of the debt portion of the funding ranges between 12 and 15 years with a combination of fixed and floating interest rate terms. Thirty per cent of the senior debts are at fixed rate while the remaining 60 per cent are at floating rate.

To be concluded on Wednesday.
•Obanikoro, is a former Nigerian ambassador to Ghana and leader of the Peoples Democratic Party, Lagos State Chapter