Daniel Ademinokan Reveals How His Father Brutalised His Mother 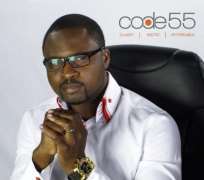 Film director and Stella Damasus' lover, Daniel Ademinokan is making all preparations to please his lover, Stella, the mother of two.

The controversial dude who relocated Stella and her two daughters, Isabel and Angelica, has disclosed how his father's brutality against his mother while he was young has made him to love a woman.

Daniel whose divorce case with his first wife, Doris Simeon, the beautiful actress is still pending in the court of law has explained the reasons behind his acceptance of the new movie, based on true life, 'When Is It Enough' written by Stella Damasus.

Hear him, "when I read her article WHEN IS IT ENOUGH, I could relate with it clearly because I grew up in a home in a family that had love but also had a father who could not control his temper. I witnessed his brutality towards my mother and this story struck a chord in my heart…”

ALL ABOUT DORIS, STELLA AND DANIEL