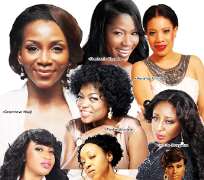 The government of Lagos State governed by Babatunde Fashola has thrown its weight behind Lagos Actors' Week organised by the factional chairman of the Lagos chapter of Actors' Guild of Nigeria (AGN), Don Pedro Aganbi. Also, corporate bodies like Startimes, Indomie and Jaguar energy drink have all supported the same cause, which kicks off on Tuesday, October 2, 2013 at the Teslim Balogun Stadium, Surulere, Lagos.

Don Pedro stated that, "Lagos State Government support and endorsement of the Lagos Actors Week is based on the firm belief and conviction that the event will engender further growth of the movie industry which has experienced phenomenal growth in the last decade."

The Lagos Actors Week entered its third edition this year and would feature a Nollywood Mini Marathon and celebrity walk designed to promote health consciousness among actors, which is happening for the first time.

According to the Lagos AGN boss, "the mini Marathon would flag-off from Maryland, and shall wind its way through Ikorodu Road to the Teslim Balogun Stadium. There shall also be free medical screening, workshop and health exhibition."

Already, some top celebrities have indicated interest to participate in the marathon.

Other activities lined up for the four-day event include; Corporate Social Responsibility (CSR) day, Cultural/Fashion show and the AGN Merit Awards and Gala Nite. The Actors Week is themed "The Nigerian Movie Industry as a catalyst for economic growth and national transformation".