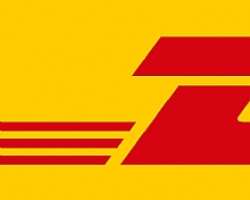 “We have already seen this increased trade in specific countries on the continent, as they take advantage of preferential trade agreements and state-led policy change to increase exports and imports with the U.S.,” says Charles Brewer, Managing Director for DHL Express Sub-Saharan Africa. Brewer is currently on a visit to the United States to meet with key stakeholders and multi-nationals and promote commerce between the two regions.

Figures recently released by the International Monetary Fund (IMF) as well as the company's own performance, reveal an extremely positive economic outlook for Africa. The figures also highlight the fact that Africa is proving to be less susceptible than other regions to the peaks and troughs in the global economy, as it diversifies its trading partners.

“Since 2001, many African countries have seen a significant shift in trade partners,” notes Brewer. “Our dependency on Europe has been reduced, while trade with Asia as well as intra-Africa has picked up significantly. The next region for growth is the U.S. and we're very pleased to see the U.S. government's willingness to break down trade barriers to achieve this.”

The IMF's Regional Economic Outlook for Sub-Saharan Africa report found that economic activity in the region is projected to expand by about 5% in 2012 and 2013, a similar pace to that observed in 2010–11. Key markets driving this growth are Nigeria, Ghana, Mozambique, Mauritius and South Africa.

The express company has seen a similar picture appearing between the US and various African trade lanes, with larger, more developed economies like South Africa, Nigeria, Ethiopia, Kenya, Ghana and Angola boasting strong double digit growth on both inbound and outbound volumes.

However, according to their shipment figures, it is the smaller, rising economies that are seeing a major boom, with Somalia, Mayotte, Guinea-Bissau and South Sudan seeing meteoric increases in imports from the U.S., and Comoros, Eritrea, South Sudan and Liberia enjoying significant demand for exports to the States.

“The USA and Africa have historically enjoyed favourable trade conditions based on the Africa Growth and Opportunity Act (AGOA) of 2000,” says Ian Clough, CEO for DHL Express USA. “We are confident that, when this legislation is reviewed , there will be further benefits for both U.S. and African businesses looking to build cross-border business opportunities.”

According to statistics released at the AGOA Forum in Addis Ababa last month, U.S. total trade with sub-Saharan Africa (exports plus imports) has grown more than 250 percent , to $72.3 billion in 2012 from $28.2 billion in 2001, the first full year of AGOA trade.

“There is no doubt that there is commitment to trade growth from the respective governments, and these figures will continue to rise,” concludes Brewer. “It is now the role of the private sector and the thousands of SMEs looking for opportunities to take advantage of this growth, and build success on this lucrative trade lane.”

Distributed by the African Press Organization on behalf of Deutsche Post DHL.

DHL – The Logistics company for the world

DHL (http://www.dhl.com) is the global market leader in the logistics industry and “The Logistics company for the world”. DHL commits its expertise in international express, air and ocean freight, road and rail transportation, contract logistics and international mail services to its customers. A global network composed of more than 220 countries and territories and about 285,000 employees worldwide offers customers superior service quality and local knowledge to satisfy their supply chain requirements. DHL accepts its social responsibility by supporting environmental protection, disaster management and education.

DHL is part of Deutsche Post DHL. The Group generated revenue of more than 55 billion euros in 2012.