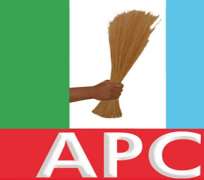 
The All Progressives Congress (APC) has urged the federal government to act fast to prevent Nasarawa from becoming another trouble spot in the country, saying the mindless violence being perpetrated by the Ombatse cult/ethnic militia in the state is fast spiralling out of control.

In a statement issued in Lagos on Monday by its Interim National Publicity Secretary, Alhaji Lai Mohammed, the party said failure to act fast will see the state, which has the longest stretch of border with the federal capital territory (FCT), plunged into a crisis that will have a far-reaching effect beyond the state.

It said the lessons of the Boko Haram crisis which, through the same attitude now being exhibited towards the Nasarawa crisis, was allowed to fester and then degenerate into a slow-motion warfare, should guide the federal government to quickly bring the Nasarawa crisis under control.

APC said the killing of over 60 security operatives in May by those believed to be members of the cult/ethnic militia provided perhaps the best opportunity to deal a decisive blow to the cult.

'In an inexplicable decision, the federal government resorted to a policy of appeasement against those who killed security operatives who were carrying out their lawful duties. These mindless cultists were supposedly forgiven without any of them being brought to justice, thus emboldening them to continue to perpetrate their dastardly acts.

'The killings of security agents last May was not the first time the cult had attacked individuals and security operatives. Past attacks include the one between May 30th and June 1st 2012, when the cult killed 15 people in an attack on Assakio community; the one on Nov. 21st, 2012 when the cult attacked Agyaragu community, killing nine people and the Nov. 17th, 2012 attack, when the cult mounted illegal road blocks and attacked motorists and commuters, injuring many including soldiers and other security agents.

'Unfortunately, the kid gloves with which the cultists have been treated by the federal government, even after the killing of the security operatives, has meant more killings and destruction of property, the latest of which occurred last week, with deadly consequences,' the party said.

The party said while it is not suggesting and will not support an unbridled use of force that may inflict a collateral damage on innocent citizens, it believes that bringing to justice the perpetrators of crime among the cultists will be a good starting point.

It said while the state government has acted promptly and firmly, including by proscribing the dangerous group, meeting with elders from the Eggon ethnic group and others to seek a peaceful solution and the sustained surveillance on the activities of the group, the federal government has yet to show the same level of commitment to efforts aimed at halting the cult's activities.

APC wondered whether the federal government would have remained equally docile in tackling the dangerous cult if it had been operating in a state that is not in the opposition, like Bayelsa or Rivers for example.

'How has a vicious cult become a sacred cow that can so easily mow down security operatives without consequences? Why does the FG need to wait before there is a conflagration before embarking on a panic deployment of troops to the areas hit by the latest attack by the Ombatse cult in Nasarawa? These and other questions are now being asked by right thinking Nigerians within and outside the state.

'Unfortunately, the insinuation in certain quarters now is that the FG has deliberately delayed action in bringing the cultists to justice for the crimes they have perpetrated or in stopping them from committing further atrocities because it wants the situation to deteriorate so it can then benefit from the chaos by taking over the state, either by hook or crook.

'It is also being said that the fact that the Eggon ethnic group boasts of powerful sons, including one who is now the acting Minister of Defence, may be the reason why a dangerously-evolving killing machine has been allowed the leeway to continue to perpetrate its devilish activities.

'We do not know if the insinuation is true or not. But the only way the FG can convince Nigerians, especially victims of the Ombatse cult/ethnic militia, that it is not tacitly endorsing the activities of the cult, is to join hands with the state government to stop the cult in its tracks and bring to justice those among them found to have committed crimes.

Failure to do this will only confirm the insinuation that the FG is shielding those who pose a clear and present danger to the peace and security of Nasarawa, the FCT and the entire country, just to pave the way for an easy take over f the state by the People's Democratic Party' , the party added