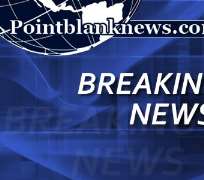 Sources hinted Pointblanknews.com  that this could be the first phase of the routing of rogue Governors.

There have been pressure on Jonathan to expel the renegade Governors,  sack their  loyalists, and seize their state executive committees.

Professor Ruquayattu is a loyalist of Governor Sule Lamido,  Ashiru  is a leg man for Ex President Olusegun Obasanjo, while Usman is believed to be Governor  Rabiu Kwankwaso’s eye.