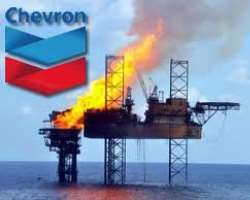 “The chairman, managing director of CNL, explained that the business decision to withdraw from OKLNG is based on a review of our investment portfolio, the lack of progress on the project and a reprioritization of resources to focus on growing domestic gas supply,” Haarstrup, said.

The decision to sell its 23-percent stake was based on 'a review of our investment decision, the lack of progress on the project, and a reprioritization of resources to focus on growing domestic gas supply,' said Chief Executive Andrew Fawthrop of Chevron's Nigeria unit in an e-mailed statement from the commercial capital Lagos.

Haastrup said  that efforts over the last eight years to move the project forward haven’t resulted in a final investment decision.

A Shell spokesman in Nigeria declined to comment on whether the company has withdrawn from the project.

Mr. Haarstrup said the NNPC has been informed of Chevron’s decision to withdraw and the divestment process is being managed in accordance with provisions of the shareholders’ agreement governing the project.

Chevron, he said, originally had a 19.5% equity holding in the project, but this increased to 22.74% after BG Group’s withdrawal.

The anouncement comes as Chevron seeks to sell several oil and gas blocks in Nigeria, but Mr. Haarstrup reiterated the company’s commitment to the country.

“Chevron is fully committed to Nigeria and continues to pursue its investments in the country’s oil and gas industry,” he said.

OKLNG is one of two large LNG projects that have struggled to get off the ground in Nigeria. A Memorandum of Understanding was originally signed for the project in 2005 with a final investment decision intended for 2006, however the decision has been consistently delayed.